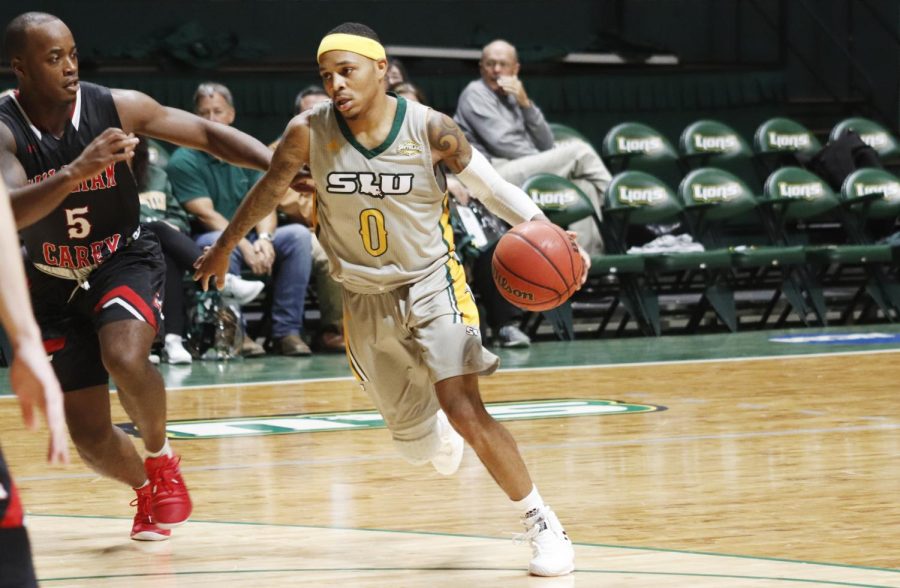 Marlain Veal, a senior forward, scored 12 points against William Carey University in the Lions' first home game of the season.

Six Lions players scored in the double digits with Moses Greenwood, a senior forward, and Marlain Veal, a senior guard, leading with 12 points each.

“We did many things great tonight I feel like, and I also felt like we improved from our last game against LSU,” said Ladner. “Last game, I felt like we really did not play Southeastern basketball, but tonight, we came out and played a very defensive basketball game.”

The Lions will face Texas Tech University in Lubbock, Texas on Nov. 13.