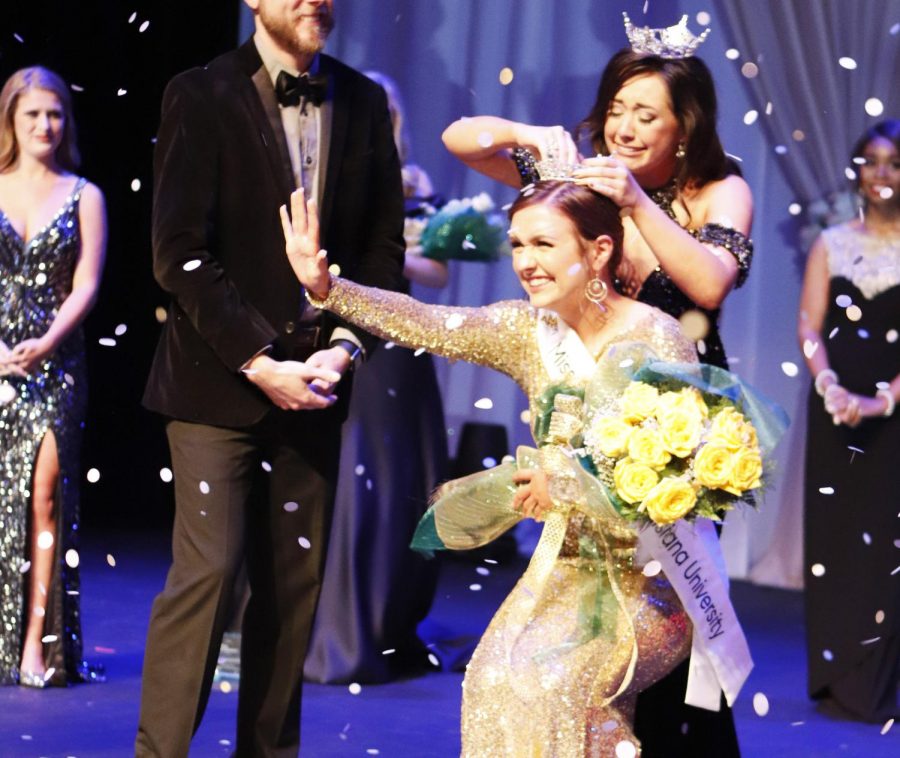 Every year, the university chooses its new ambassador as Miss Southeastern and awards her with golden roses, the local Miss America crown, an opportunity to compete in the Miss Louisiana Pageant and recognition in various events on campus. The title holder is also awarded one year’s tuition, $1000 clothing allowance and a meal plan for the upcoming spring and fall semesters.

Blank feels honored by the title.

“It is an honor to have been chosen as the person to represent this campus,” said Blank. “I am looking forward to spreading all that Southeastern has to offer.”

Blank is a student worker in the Office of Career Services and was also a member of the 2018 Homecoming Committee. She is currently an orientation leader and a mentor in the College of Business. Apart from being involved on campus, she enjoys “dancing, bargain shopping and doing hair and makeup.”

Blank wants to continue being active on campus.

“I am most looking forward to representing my school and my platform down syndrome awareness,” said Blank.

Blank has been participating in pageants since the age of 6. She shared her experience of being a member of such competitions.

“When I turned 16, I decided to start doing them again,” shared Blank. “I had the title of Miss Festival of Charities XI, which gave me the opportunity to represent the Down Syndrome Association of Greater New Orleans. I like participating in pageants because it allows me to meet new people, share my passions, and learn more about my amazing state.”

Competing for the pageant was a good experience for Blank.

“I enjoyed the entire process,” expressed Blank. “The contestants were absolutely amazing, and everyone was so helpful. The only difficulty I had was finding my swimsuit bottoms.”

Blank made her first appearance as Miss Southeastern at the Rotary Club of Hammond’s 60th Annual Christmas Parade. She shared her excitement on participating in the parade.

“The parade was amazing,” expressed Blank. “I loved seeing the expressions on the kids’ faces as they pointed at ‘a queen.’”

During her reign as Miss Southeastern, Blank wants to host a “queens booth at the next Special Olympics held on Southeastern’s campus.”

According to Larose, Blank will get a chance to work with sponsors from across the Hammond area including an outfit of her choice from Antonio Melani at Dillard’s, free hair services for her year of reign from the Shea Tyler Salon and a $500 allowance at Bra la Vie. A personal trainer will be provided by the Pennington Student Activity Center.

Larose shared her thoughts on Blank accepting the crown.

“It was really important for me that the title would be passed down to someone who loves the university as much as I do,” said Larose. “I am so glad to have Chelsey as my successor. She is such a genuine and kind person. I can’t wait to support her through her year and watch her wow everyone at the Miss Louisiana Pageant.”

Blank thanked Larose and Graduate Assistant for the Office for Student Engagement Tyron’E Hawkins for helping her feel confident in herself.

“Alyssa and Tyron’E are just fabulous,” said Blank. “They know how to make you feel as confident as can be.”

During her reign as Miss Southeastern 2019, Blank will be participating in various events on campus, preparing for the Miss Louisiana Pageant, and working to promote her down syndrome awareness platform.

Correction: In an earlier version of this article that was posted on lionsroarnews.com and printed in the Dec. 4 issue of The Lion’s Roar, Tyron’E Hawkins was identified as the homecoming queen 2017. She is the graduate assistant for the Office for Student Engagement. Mattie Hawkins is the 2017 homecoming queen. The online version has been corrected.