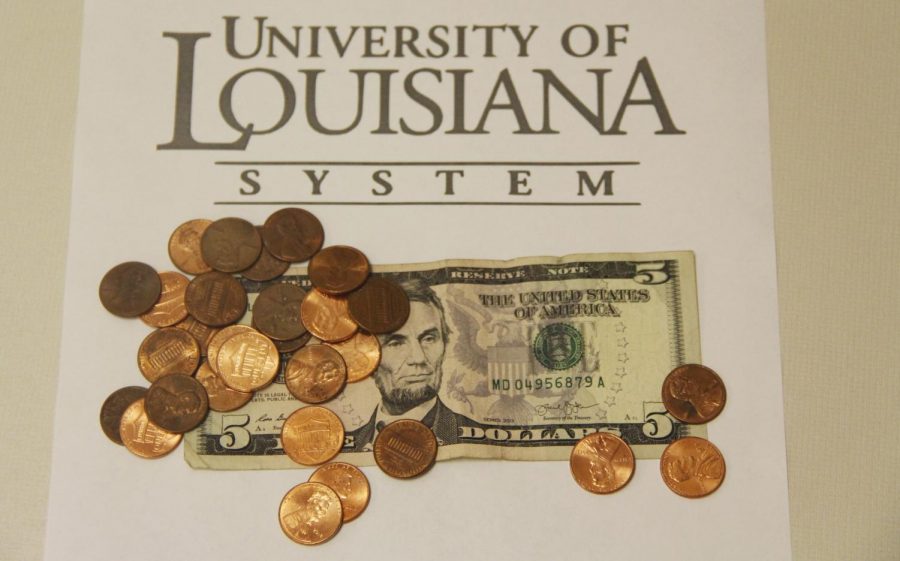 Student fees will increase by $5.30 per credit hour at the university this spring semester. The fee increase follows a University of Louisiana System wide decision.

In the spring semester, the university will introduce a $5.30 per credit hour student fee increase in line with the University of Louisiana System decision.

For a full-time student, or a student taking 12 credit hours, the total fee increase equals $63.60. The university is expected to raise about $1.7 million total through the fee increase. Every university in the University of Louisiana System will be raising student charges this spring except for Nicholls State University.

“Our student leaders approached the administration last year about a fee for this purpose,” said Crain. “The discussion initially was about the interest of student leaders to pursue a student self-assessed fee through a referendum. Eventually, it was decided to ask the University of Louisiana System Board to approve the fee under its authority instead. That is what we did, and the board approved the fee.”

While the university is eliminating an existing student success fee flat rate, the new fee is a $5.30 per credit hour net average increase. Some financial aid options like the Taylor Opportunity Program for Students free college tuition program do not cover fees. According to Crain, however, the mandatory attendance fee will be covered by the Southeastern Promise.

“We are very sensitive to affordability issues for our students, so we were very judicious in our request for this fee increase,” said Crain. “Students at most of the institutions in the University of Louisiana System will see some type of fee increase this spring, but the fee increase here at Southeastern is the smallest increase that was approved.”

Abigail Shallin, a senior general studies major, believes that the results of increased prices over the years are not visible.

“There’s so many potholes, and I’ve seen blowouts,” said Shallin. “I’ve seen people just hit the potholes then get stuck in them. There’s a lot of things, such as in Pottle, where things are falling apart, and yet they’re increasing prices, and I don’t even see where it’s going. It’s been like that since I’ve been here in the beginning.”

“I’m alright with the fee as long as it actually has a helpful aspect behind it,” said Hendrix. “If it’s just meaningless, then no.”

According to the Common Data Set 2018 Annual Expense report by the Office of Institutional Research, the required fees for an undergraduate student amount to $2,388 prior to the spring fee increase.

Though the fee increase is not intended to offset specific cuts in the past, it may help fund resources lost due to higher education funding cuts.

“I am sure there are some student engagement activities that lost resources during multiple years of state budget cuts, and this fee will allow us to support those types of initiatives,” said Crain.