Lions are victorious at home 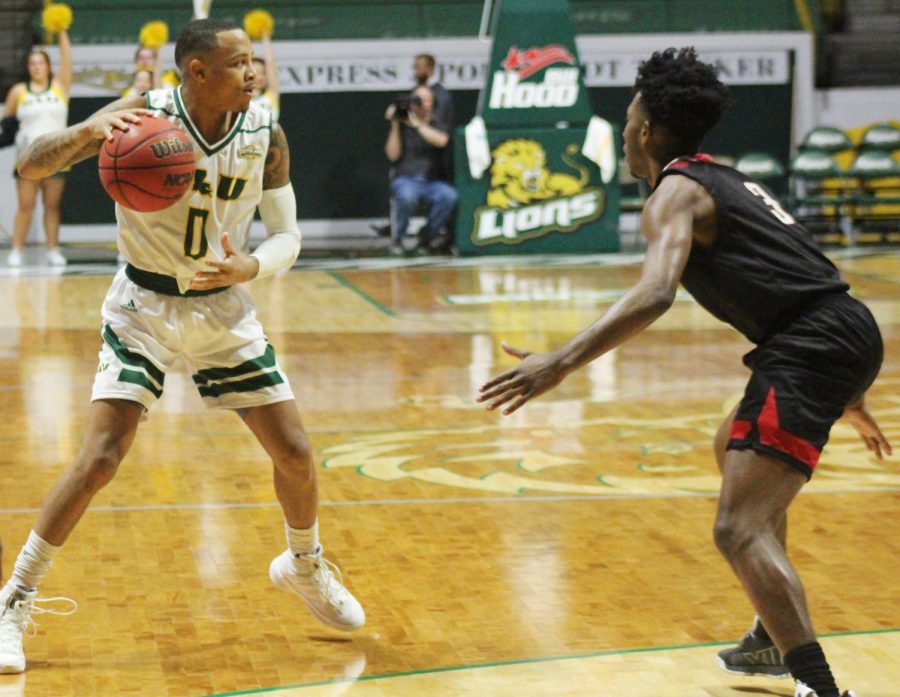 In the ninth Southland Conference game of the season, the men’s basketball team landed a victory against Nicholls State University.

“It felt awesome to climb up to number 10 in all-time scoring,” shared Greenwood. “I took advantage of the weak defense down low and was hitting my shots.”

“Our guys came out and looked like a different team than last game against Sam Houston State,” said Ladner. “I thought we turned the ball over too much in that game, but tonight, we did great and didn’t turn the ball over too much. We had guys hitting jumpers and played great down low on defense.”