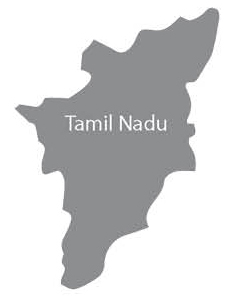 Kabaddi is a contact game of attack and defense and is played in South Asian countries like Nepal, Indi, Sri Lanka and Bangladesh. The word “kabaddi” originated from the Tamil word “kai pidi,” which means “to hold hands.”

A game of attack and defense – kabaddi is an indigenous game of South Asia played between two teams of seven players each on opposite halves of a court. The game, which got its name from the Tamil word “kai pidi,” meaning “to hold hands,” is a contact sport. Kabaddi is the national game of Bangladesh and is popular in countries like Pakistan, India, Nepal, Iran and Sri Lanka. Played widely from grounds in villages to international courts, the game teaches lessons of attack and self-defense.

“I used to play kabaddi when I was a child,” shared Jaishi. “Around 10-12 of us used to gather in a field and play. We didn’t really follow all the rules, but it used to be a lot of fun.”

In kabaddi, each team sends a player called a “raider” to the opponent’s side. The game proceeds as the raider attempts to tag an opponent within 30 seconds and return back to their team while also defending oneself from the opposing team, which tries to prevent their return. The challenging aspect is that the raider is the only person allowed to cross the court to attack the opposing team and must do so without taking any breaths. To prove they are not breathing, the raider must loudly chant “kabaddi kabaddi” repeatedly so the referee can hear him until the turn is complete. A point is awarded to the attacking team if the raider succeeds in tagging an opponent and returning back to their half of the court. Failure to do so will earn a point for the defending team.

Jaishi’s shared his favorite part of the game.

“The best part of the game is chanting ‘kabaddi, kabaddi,’” said Jaishi. “Also, I like how you struggle to get back to your side of the court and score a point for the team.”

The size of a kabaddi court is 13×10 meters for men and 11×8 meters for women. It is played in two halves of 20 minutes each with a five minute break in between for the teams to swap their position on the court. There are various rules. A raider can tag an opponent by grabbing their limbs or torso or just by touching them. Tagging can be done by toe touch, hand touch, side kicks and reverse kicks, and then diving back to the home territory. The tagged player gets out of the game when the raider succeeds in returning to his team, and thus the team loses its players.

Natives of kabaddi-playing countries believe the game to be centuries old. With variations to the game being played in different countries around the world, the common theme of attacking the enemy and returning back to the team remains the same. For this reason, some people believe that it originated in prehistoric times when humans had to attack and retreat as a method of survival.

The game does not have a lot of equipment. All it requires is a ground and a whistle, and anyone can play. This contributed to how it has lasted throughout history and why it is gaining widespread popularity.

The regional game first gained attention at the 1936 Olympic Games as an exhibition game. Since then, there have been various international competitions. Kabaddi World Cups have been organized, and the sport is played professionally. It is also a regular event in the Asian Games, which is organized every four years. The introduction of the Pro Kabaddi League in India has especially added to the professionalism and popularity of the sport.

According to an article by Tom Chitty, titled “How kabaddi became India’s fastest growing sport,” kabaddi is the second most watched sport in India after cricket.

“From 2016 to 2017, the PKL increased its TV viewership India by almost 100 million people,” said Chitty. “And while it’s still second to India’s premier cricket competition the Indian Premier League, the Pro Kabaddi League has managed to attract more Indian viewers than soccer’s World Cup, one of the world’s most watched sporting events.”

For those who grow up playing kabaddi, it is not just a childhood game. It is a training for self defense. A training to survive in the competitive world. Such games invoke the principle of “survival of the fittest.” One needs to be physically strong and mentally smart to survive the competition and be a step ahead to succeed.