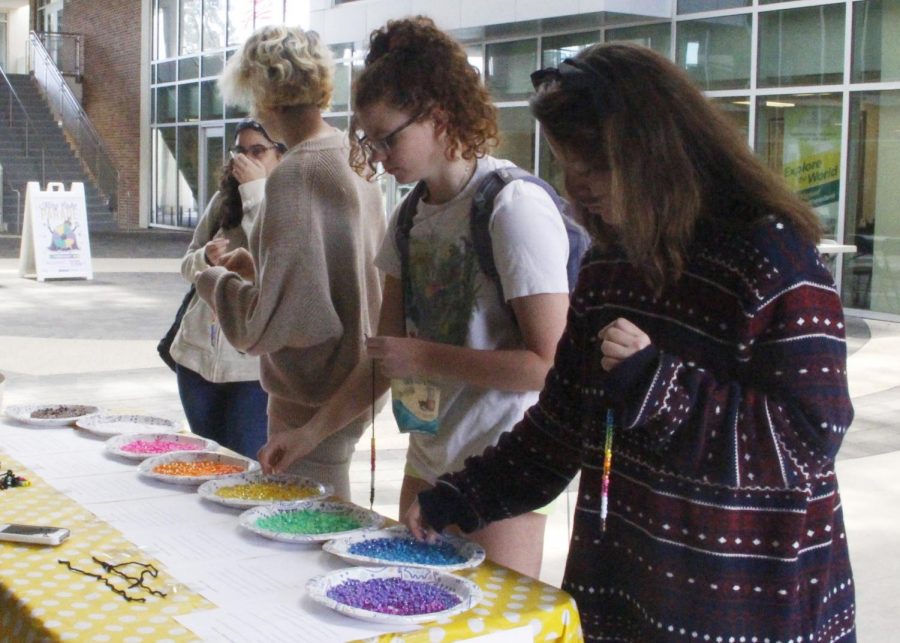 Students put beads on a string in association with privileges. The Southeastern Sociological Association held "Privilege Pendants" in the Student Union Breezeway on Feb. 27.

To bring attention to different types of privilege and its effects on society, the Southeastern Sociological Association held “Privilege Pendants.”

Held on Feb. 27 from 11 a.m. to 2 p.m. in the Student Union Breezeway, “Privilege Pendants” created a platform for students to understand certain privileges regarding sexuality, ability, gender, race, religion, class, nationality and education. Students put beads on a string depending on which privileges applied to them.

Rebecca Shields, a junior double majoring in sociology and criminal justice, shared that these privileges can be used to a positive effect.

“There is a lot of controversy surrounding privilege,” said Shields. “People shy away from it because they may see it as shaming a certain people, but this is really about noticing the privileges you do have and using them to help other people attain those same privileges.”

According to Shields, the idea of “Privilege Pendants” stemmed from a leadership class she took.

Besides bringing awareness to the privileges, the tabling event also promoted change.

“It is not only a way for people to just know where they stand in the world,” explained Shields. “It also serves to let people know that it is not enough to just be aware. You have to change the systems of society.”