Lions show out on Senior Day 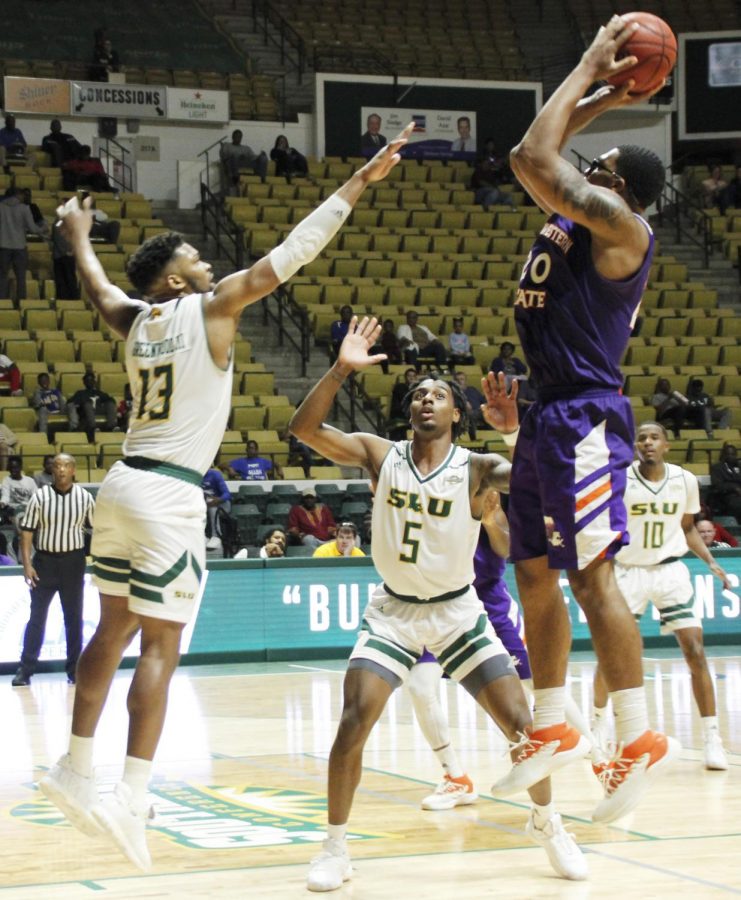 “Moses, when he got here, went from an at-the-rim scorer to his second year being able to hit a 17 footer,” said Ladner. “He’s worked his tail off year-round. What he’s done is develop himself over the course of time to really expand his game.”

“It feels good to get over .500 for the first time this year,” expressed Ladner. “We play one of the most rigorous non-conference schedules in the country. We stayed the course, and nobody ever panicked or wavered.”

Throughout the season, the team and staff worked together to build a successful program for the fans.

“The most credit always goes to the players, but I think the second most credit goes to the assistant coaches, managers and training and weight staff,” stated Ladner. “We have a lot of people that are a part of what we do, and we couldn’t get where we need to get without them.”

As the end of the season approaches, Ladner looks to improvements.

“We’re happy to win tonight, but we still have some work to do,” shared Ladner. “We have a lot of improving to do. Tonight was a very hard fought game, and you have to give Northwestern credit. I thought they were very prepared for us.”