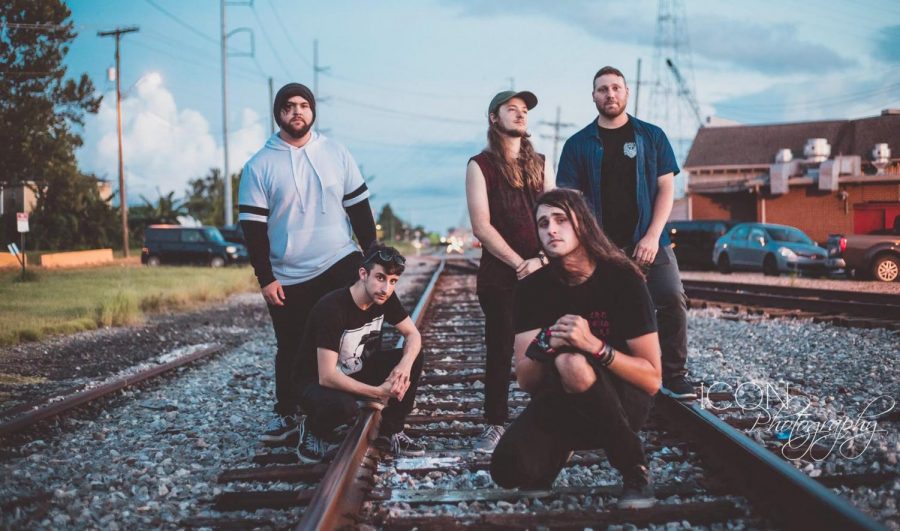 Ventruss, a band based in Baton Rouge, has been entertaining southeast Louisiana since early 2012.

According to Jewell, an original band member, Ventruss found its beginnings in escapism and a desire to bring people together.

“Music was always such a real, fun and entertaining thing,” reflected Jewell. “So, why not start a band, right?”

Jewell chose the hard rock and metal genre, in part, because he felt it was honest.

“It allows you to feel anything and everything,” shared Jewell. “It’s heavy-hitting. It’s a form of release, and it can heal some of the darkest matters in this world. But the energy within the genre speaks for itself.”

Genre notables like Pantera, Killswitch Engage, All That Remains, Bullet for My Valentine, Trivium and others influence Ventruss, but Jewell also credited non-metal musicians.

“We take inspiration from all different genres such as rap, rhythm and blues, pop, country,” explained Jewell. “If anything speaks to us, we listen, and we innovate.”

Since its inception, Ventruss has faced several name and sound changes and replaced parting bandmates. Band members also endured the loss of their loved ones.

Jewell discussed how dealing with these challenges has influenced the band’s philosophy.

“It’s such a tragedy seeing those who believe in you take their lives when we would do anything in those moments to help them, be there for them, and to spend as much time with them that can potentially save their life,” shared Jewell. “In general, no one knows what people are going through, so to be aware of how we treat others and to be wise with our actions that can prevent these tragedies.”

The band found Baton Rouge to be supportive throughout the challenges.

“The Baton Rouge community has been absolutely amazing towards us, amazing” said Newman. “It’s our hometown, and there is nothing like the support from your hometown. We love Baton Rouge.”

Despite hardships, the band has enjoyed some success, and Jewell described the memorable scene of the EP release show.

“Everyone was singing almost every song loud and proud,” shared Jewell. “Mosh pits were intensified, and every band member was in pocket. It was the best show Ventruss has ever had by far. That will never be forgotten.”

Newman believes the band’s music continues to evolve and that they strive to have a big sound with memorable vocals.

“We are still in the steps of finding out what our sound is,” stated Newman. “Our goal with our tone is to sound very original but yet to be like one of the greats.”

With upcoming tour dates in Louisiana, Mississippi and Alabama, Ventruss has its sights set on expanding its fan base. The band is also looking to branch out to different parts of the U.S., and Newman noted the importance of their fans to their plans.

“Our main goal is to play any venue that bring us a step closer to the people who have made any of this possible for us,” explained Newman. “We love our fans dearly.”

The Ventruss bandmates look to the future with hope, enthusiasm and big dreams.

“We want to be one of the greats who can spread our music all over the world,” said Newman. “We want to save lives. We want to cherish every moment we get, to be the best band we can be for our family, friends and of course our fans. Pushing forward and growing is what we live for.”