The purpose of a uniform 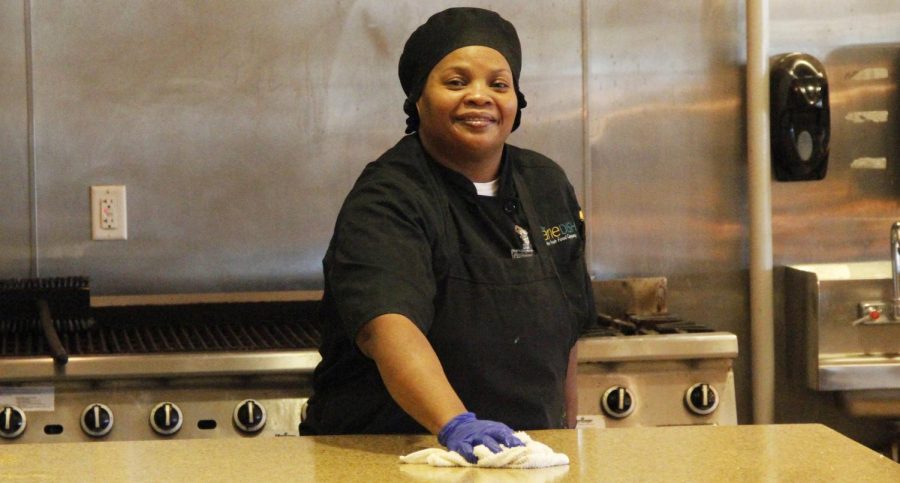 In the Mane DIsh, workers can be identified by their black uniforms. Whether for work, recreation, sports or academics, uniforms can be seen every day.

Whether for work, sports, recreation or school, students’ preferences for uniforms can depend on a number of factors.

Connor Wilson, a junior golfer, views his uniform as a means to showcase the university and honor his family.

“It’s nice to be able to put on a shirt that has a Southeastern golf logo and represent the school and my team,” said Wilson. “I also can represent my family and all my supporters while wearing my proper attire.”

“Wearing my gi gives me a sense of pride and accomplishment,” shared Lott. “It makes me feel like I’m a bigger part of something. I’m not just putting it on to look like everyone else, but because I choose to.”

Uniforms may also be used to symbolize respect, especially in professional workplaces. As a student worker for the Union Market Provisions on Demand, Heather Gallo, a freshman biological sciences major, shared the importance of wearing a uniform at her job.

“Uniforms allow people to identify that you work at a certain place,” stated Gallo. “They also have more respect for you when they walk into your establishment because you have a uniform on.”

For Kearra Moore, a junior nursing major, the nursing uniform functions as a source of identification and honor.

“As I’ve grown older, I have felt that uniforms gave me a sense of dignity,” explained Moore. “It’s what separates me from other professions. When someone sees my scrubs, they can tell that I’m in the health field and in a medical profession.”

Wearing a uniform can provide students with the luxury to have their outfits prepared in advance for the day’s events.

“I like wearing a uniform because I don’t have to pick out clothes whenever I come to work, and I can just wear the same thing,” expressed Gallo. “In high school, it was similar as I could wear the same clothes every day. I have another green shirt for work, so I can just pick one of the two and don’t have to wash them until the week is over since I only work twice a week.”

However, Moore believes that uniforms can also become a hazard in certain situations.

“It depends on the task,” stated Moore. “If the uniform is constricting them to doing certain physical things that may be necessary, then it may hurt their performance. For example, if students had to wear shorts, and it’s cold outside, they would not be too fond of the idea.”

For some students, seeing and wearing a uniform may provide entirely different perspectives.

“I think it can make a huge difference,” explained Moore. “When you’re required to wear the uniform as a student, you’re not going to like it as much as compared to when you don’t have to wear it and see the attire on someone else.”

Moore appreciated the fact that her required uniform prepares her for the transition to her profession after graduation.

“It gets me in the habit of wearing scrubs,” said Moore. “I can get used to them and learn the rules of our uniforms. It prepares me for the real world as to why I need to wear this in the future.”

Uniforms can be seen in everyday life and serve a variety of functions for different people.