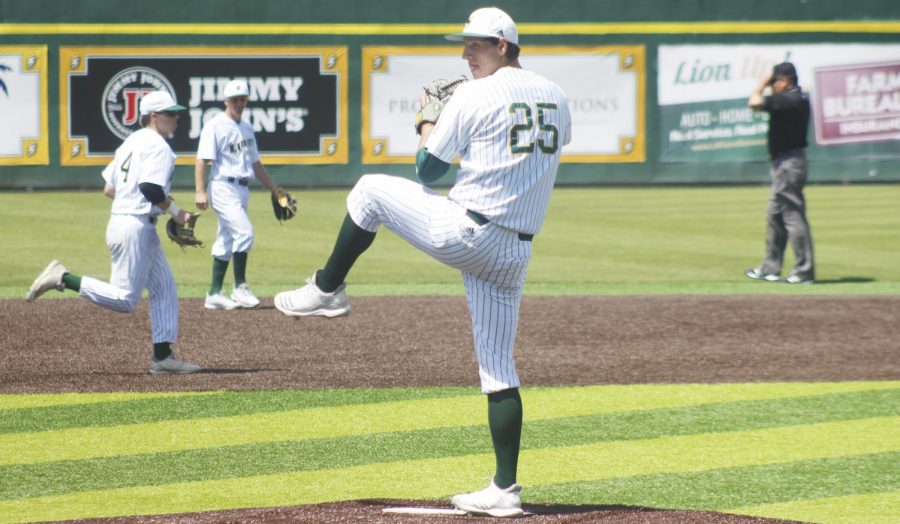 The Lions baseball team finished a series against Nicholls State University with a 2-1 victory. The first win had Corey Gaconi, a senior pitcher, playing for the whole game while the last game ended in a mercy ruling.

The first two matches of the series were played at Pat Kenelly Diamond at Alumni Field, and the last was held at Ray E. Didier Field in Thibodaux.

In the first battle, the Lions made a 3-1 victory with Corey Gaconi, a senior pitcher, giving up a single run. The second game resulted in a 1-4 loss for the Lions while for the third game, the Lions mercy ruled the Colonels 11-1.

“We have been a little up and down this season, but when we are on, we are hot,” stated Riser. “We are playing the game in hand and doing a good job at that. We have been pitching and playing great defense as of late.”

Riser explained the decision to keep Gaconi in for a whole game.

“He has been having an excellent year,” said Riser. “Corey went on the mound today and did a great job again. He was pitching deep in the game, and then the ninth inning rolled around, and he was still dueling. We decided to keep him in, and it paid off.”