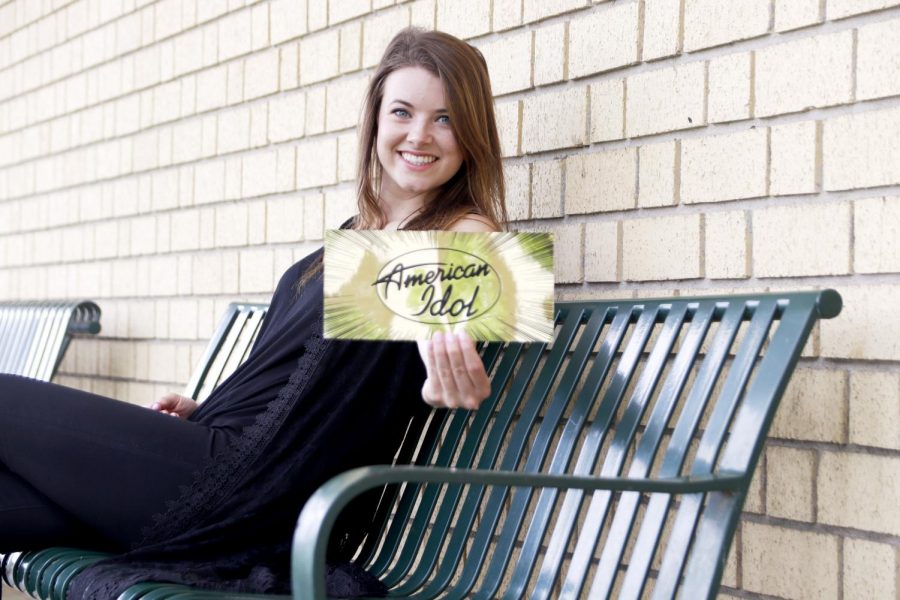 Ashton Gill, a sophomore nursing major, shows off her Golden Ticket from American Idol. Gill auditioned with the to-be title winner Laine Hardy and advanced to Hollywood with her singing skills.

A passion for singing led a student to Hollywood, California.

Ashton Gill, a sophomore nursing major, auditioned for ABC’s competition singing program “American Idol” and got a golden ticket to Hollywood after getting a “Yes” from all three judges: Katy Perry, Lionel Richie and Luke Bryan.

Gill originally auditioned in New Orleans before auditioning in Idaho, where she was accompanied by her brother’s best friend and the to-be title winner Laine Hardy.

“We ended up going to Coeur d’Alene, Idaho and that was absolutely beautiful,” said Gill. “I had originally told them that I want to go to California, and they called me back and asked if I could do Idaho ‘cause there were not a lot of contestants in Idaho.”

Gill performed in front of the judges on the second day of auditions in Idaho.

The judges invited Gill to Hollywood after she sang “Broken Halos” by Chris Stapleton where Hardy played the guitar for her.

“I think your nerves are getting the best of you, but I think you’ve really got something,” said Perry.

Gill shared that the thought of being on a national television show was nerve-wracking.

“Obviously, I was a little nervous just because there was these famous people you watch on TV, or you listen to ‘em on the radio – they’re here to critique you and tell you how they like your singing,” said Gill. “But, I got three ‘Yeses’ from all three of them. So, that made me feel really good.”

While Gill’s journey in the show ended after she sang “I Can’t Make You Love Me” by Bonnie Raitt during the Hollywood Week, Hardy went on further to win the competition, and Gill feels Hardy will be very successful as a singer.

“I am very proud of him, and I am very happy for him, and I think he will be a rock star,” stated Gill.

Gill has been singing for as long as she can remember.

“I have always done music for fun, and I have always loved to sing,” expressed Gill. “It’s a hobby of mine, and I would love to pursue that.”

Even though Gill feels Hardy’s journey on the show was encouraging, she does not know if she wants to audition again.

“I have had a lot of people tell me that I should go back, but I am really thinking about it,” said Gill. “I am not sure.”

Still passionate, Gill is looking for ways to incorporate singing as part of her life next semester.

“I am going to try to do nursing during the week and really focus on that, and maybe on Friday and Saturday sing somewhere,” commented Gill.