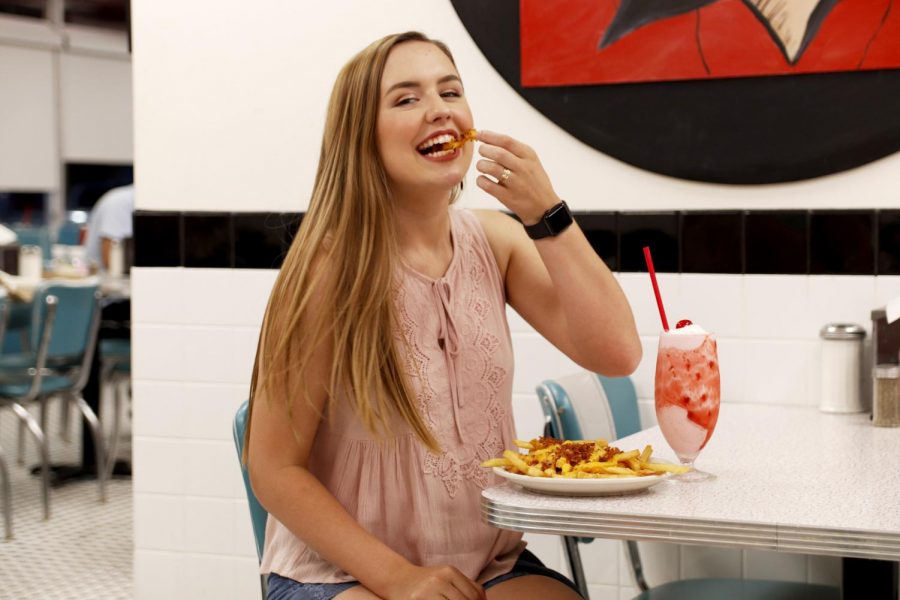 With its rich historical ties, Lee’s Diner has long been a fixture of Hammond’s culinary scene.

The restaurant, which originally opened in 1963, has undergone significant changes in ownership throughout its lifetime.

“It opened up as Ganus’ and stayed opened for a few years,” said Sam Tallo, co-owner of Lee’s Diner. “After, Rush’s opened, and they stayed open for about five or six years. A man named Lee Loupe then bought it and changed the name to Lee’s, and they ran it for about five years. Another owner soon purchased it, and finally, in 1996 I bought it.”

Currently, Lee’s Diner is run by Tallo and his family.

“When I bought Lee’s, it was a smaller building, and it had a rock front with the big ‘Lee’s’ sign,” shared Tallo. “I put stainless steel and black and white tiles and added all the neon. We redid all the old but tried to keep it the same. The original name was Lee’s Drive-In, but we changed it to Lee’s Diner to give it more of a feeling of variety rather than just hamburgers and french fries.”

Tallo was reluctant to purchase the diner at first because he already owned two other local restaurants, Tope La and Pepper Tree Grill & Bar.

“The guy who had it before me wanted to get out of it, and he came to me and asked if I wanted to purchase it,” stated Tallo. “I didn’t really want to purchase because I was having trouble with Pepper Tree. They convinced me, as the decision was made from a ‘heart deal’ and not from a ‘head deal’ because it was a nostalgic place. I didn’t want to see someone come in and tear it down and put office buildings there.”

In 2016, devastation struck when a nearby restaurant caught on fire and burned the diner to the ground.

“The smoke, fire and heat deteriorated the booths, tables and chairs,” explained Tallo. “It took us nine months to reopen. We had to upgrade things because of the Downtown Development and Historic District as well as the fire marshals. But basically, it’s the same as it was in 1996 with just newer equipment. When we brought it back, we tried to keep it the same as when we closed it.”

While restoring the restaurant, Tallo wondered if the diner would be worth fixing.

“The customers were really the ones who pushed me to reopen Lee’s,” said Tallo. “Physically, we couldn’t tear it down because of restrictions. It took us a lot longer and a lot more headaches, and there were many times I felt like saying ‘I don’t even know why I want to do this anymore.’ But then, a customer would come by on a daily basis to see if we reopened, and that motivated me to keep going.”

“We moved back over to the Northshore and have been coming here for over six years now,” stated Gibbs. “My daughter was passing here and saw it and told us ‘Y’all got to try Lee’s.’ So, we did and have been coming here ever since. The food prices are reasonable, the breakfast menu and service is very good, and we have gotten to know a lot of the servers who’ve been here for a few years. Russell Tallo, one of the owners, has got the perfect combination with everything going on here.”