Soccer looks to improve on 2018 season 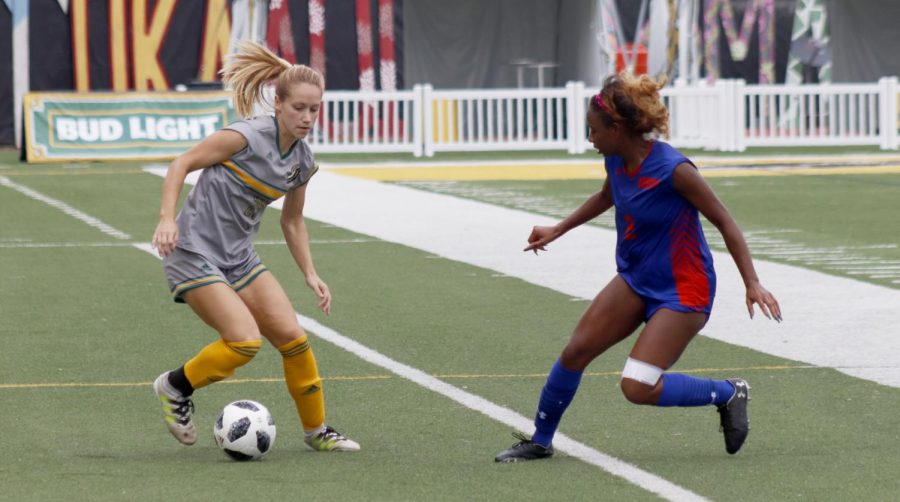 The Lady Lions look to improve from their 7-7-4 2018 record. With 15 returning players Christopher McBride, head coach, hopes that the 12 new players have a mentor to follow and look up to. This will be McBride’s fourth year as the Lady Lions head coach and hopes to seure a Southland Confernece title.

The Lady Lions soccer team finished sixth in the Southland Conference after the 2018 season with a 7-7-4 record overall.

McBride, who is in his fourth year of coaching at the university, talked about what improvements he hopes to see in the team this upcoming season.

McBride shared his thoughts on the exhibition match against University of Louisiana at Lafayette in which the Lady Lions won 2-0.

“I think the team’s organization on the defensive side of the ball had to be a bit better during the match,” explained McBride. “That is one aspect we worked on this week in practice, but that’s something that’s expected from a team when you bring in 12 new players. It’s going to take a while for everyone to get on the same page as a team. Some things the coaching staff liked was the energy throughout the game. There was a lot of intensity. There was a ruthlessness about our play, and most importantly we played with a lot of confidence and finished some plays, and all of that was a joy to watch from the sidelines.”

McBride explained what he thinks the Lady Lions will benefit from this upcoming season.

“I think the big thing for us this season is that we have 15 returning players that are matching up really well right now,” said McBride. “We have three captains this year, which means we have 12 returning players and 12 new players all matching up with one another. They have all done a good job helping the players take the path we expect, and the captains are doing a great job of overseeing them and making sure they are doing the right things.”

Claire Huston, a sophomore defender, shared where she thought the team needed to improve upon from last season.

“We just need to improve on building chemistry with the 12 new players and keep working and practicing together,” explained Huston. “Having a lot of new players come in will have to have a lot of adjusting and tons of practice. I think it’s going to be a bit of a learning curve, but I think once everyone gets used to the pace, it will all flow smoothly.”

Huston shared what she did during the summer to train for the upcoming season.

“I worked a lot on my fitness at home,” said Huston. “I tried to do a lot of ball work as well. Last summer, I was still on a team, but this season was different since I wasn’t on a team at home anymore. I was having to do a lot of that work at home, but it was a really good push to see I could do.”

The 2018 All-Southland Conference Honorable Mention defender talked about how she thinks the Lady Lions will fare in the 2019 season.

The 0-1-1 Lady Lions look to secure their first victory of the 2019 season at home on Aug. 30 against Jackson State University.