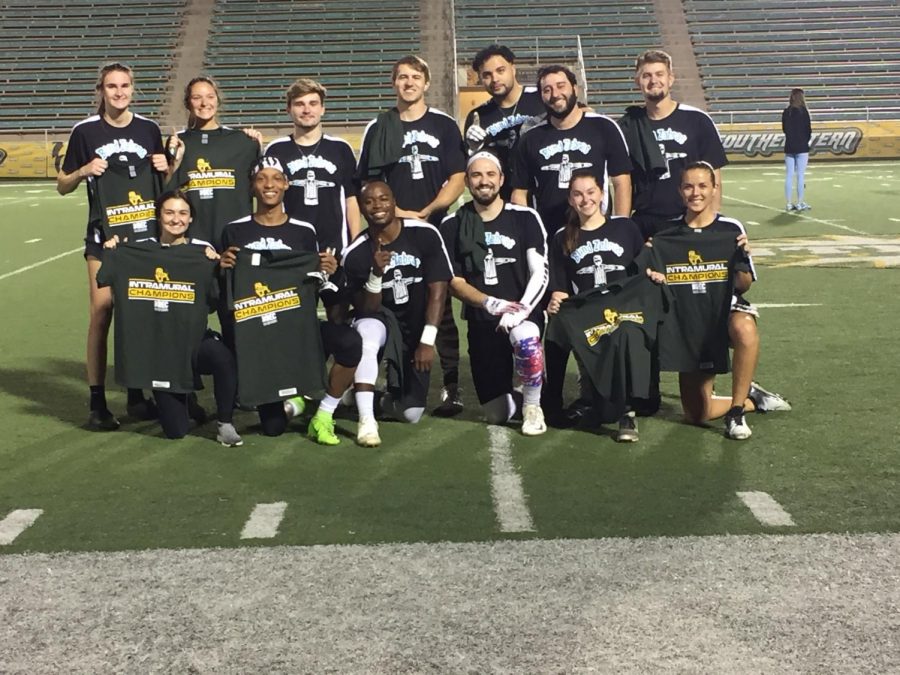 With the victory the Blind Zebras now have the opportunity to travel to the University of Louisiana at Lafayette to compete in the state championship series.

On Oct. 25 intramurals wrapped up their 2019 flag football season with two championship games in the Unified and Special Olympics league.

Allen Pizzani explained how the game is more about having fun than winning and losing.

“We always have fun when we play,” stated Allen Pizzani. He also said, “ We laugh, we have fun, it’s nothing serious.”

Pizzani shared how the win was a team performance and how everyone did their job.

In the unified game, the Blind Zebras and Show Me Your TDs battled it out for the championship game. At the end of the game, Blind Zebras won the game 44-6.

Captain of Blind Zebras, Wesley Brown, spoke a little bit about how the team’s performance overall.

“I think just keep the ball moving forward,” stated Brown. “As long as we were moving forward and not backward, I thought we had a really good chance.”

While on the field, the team was able to laugh, have fun and work as one.

Brown stated, “ We were two teams playing against each other for a few years, and then with enough people that graduated, we came together as one team.” Brown also exclaimed “ It helped, knowing how each person played. We had always known each other, but we got to be friends on the team.”

Brown explained how it felt to be crowned champion of the Co-Rec league.

“It feels really good,” shared Brown.”We had fun every step of the way.”

With the conclusion of intramural flag football, men’s and women’s volleyball and ultimate frisbee are slated to take place in November.