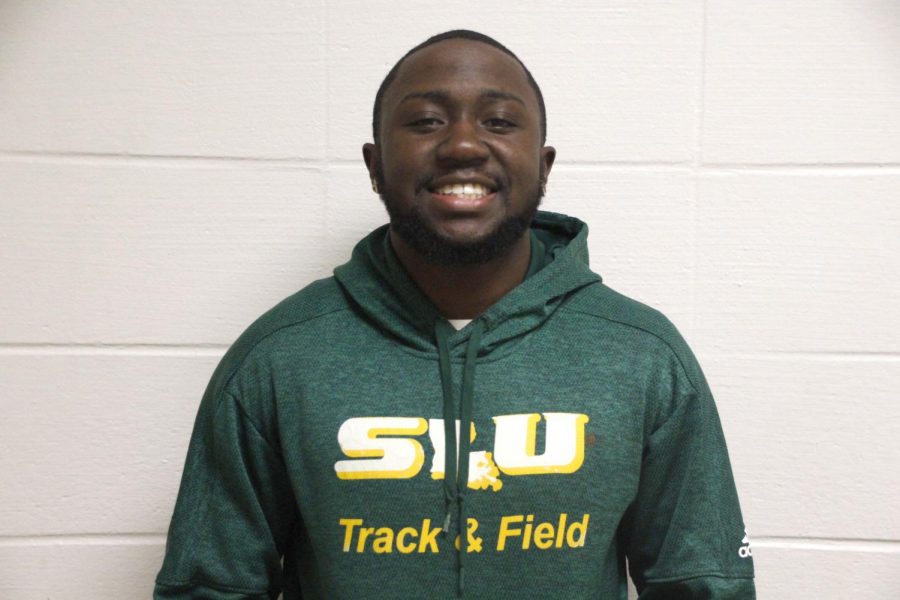 With each college athletic program, there are usually students who have played the sport for the majority of their lives.

“The next year after that, he branded out to his own team called Moving Force,” shared Dixon. “Ever since the age of nine, I been running track.”

Dixon was motivated because of how his father coached him and taught him the sport of track and field.

“My dad was pretty tough on me,” said Dixon. “You know that father-son relationship. He was pretty tough. He got it out of me really every day, really motivated me to become where I’m at today.”

The sprinter expressed the feelings he experienced when he decided to accept an offer from the university.

“I had multiple scholarships, but when I took my visit at Southeastern, this school felt like it was the best for me,” explained Dixon. “When I signed the line on that paper, I never looked back since.”

Head coach Corey Mistretta explained on what he saw in Dixon as a high schooler during Dixon’s recruitment process.

“Devin had a really good high school career,” shared Mistretta. “So, he was obviously attractive to a lot of college coaches. We loved his explosion as a short sprinter. He has a very good block start, and so from the beginning, we knew he was going to be a successful short sprinter for us. He has grown to even help us in the long sprints as well, which is good.”

Coaches and players often develop bonds through the sport. Mistretta described what the coach and athlete relationship means to him.

“The word relationship is very important towards who I am as a head coach,” said Mistretta. “I believe it starts with building relationships and leading with the heart and things like that. Over the course of five years like Devin has been here, the relationship is able to grow. He’s a very inquisitive young man. We talk about training theory a lot and things like that, which is good. He wants to know why we do what we do and how it affects him and how he’s gonna get better.”

The 5’ 5” graduate student’s time at the university is almost through, and Dixon shared how he hopes to continue his education after graduation.

“After, I plan on applying at the PT school,” said Dixon. “After graduation and after I finish my collegiate career here at Southeastern, see whatever life has towards me.”

As his father inspired him, Dixon plans to become like his father and also plans on becoming a track and field coach someday.

“My dad has been doing track since I was nine, so I basically have been growing up with track and other athletics throughout my whole life,” stated Dixon. “So, that’s definitely something I can get into and have a good knowledge about.”

Dixon and the rest of the university track and field team will take action again on Jan. 10 in the Purple Tiger Invitational.