Searching for an internship

When students do not know where or how to begin 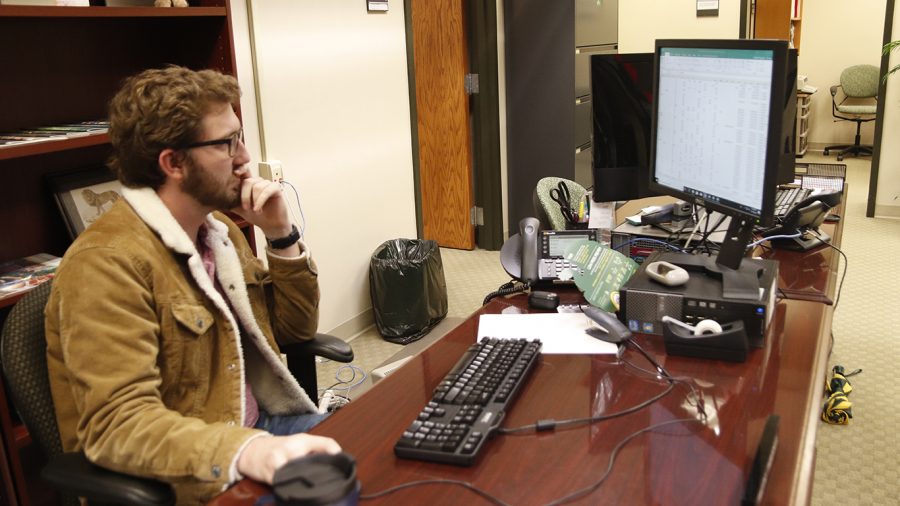 Having interned at Louisiana Farm Bureau Insurance for two years, Timothy Thibodaux, a student in the MBA program, now works as a graduate assistant for the College of Education.

With a plethora of resources available both online and at the university, seeking out one’s first intern position can have students questioning whether or not they are making the right decisions.

From knowing what to look for in a company to earning an internship position, the path may seem complex.

Craig Marinello, manager of student employment and internship development for the Office of Career Services, was the director of Catholic Charities on the Northshore from 2010 to 2016. During his time there, he interviewed students looking for a position centered around clinical work.

Marinello explained that some students who had previous internship experience were dissatisfied with their past experiences.

“When they went to those places, instead of actually meeting people one-on-one and doing clinical work, they found themselves making copies and making coffee and doing nothing that helped them in getting better at what they’re supposed to do,” said Marinello. “So, selfishly as students, you need to be aware of what the job is – ask those questions.”

According to Marinello, starting the internship search depends entirely on the student. It can allow students who are unsure about their career path to experience the day-to-day flow of a job before investing in a certain degree.

Marinello encourages students to know whether their degree route requires intern hours, especially those who know what career they want to pursue.

“For those folks, that second half of your sophomore year, if you’re really focused on where you’re going, then start to look for those opportunities,” explained Marinello.

Timothy Thibodaux, a student in the MBA program, completed an internship at Louisiana Farm Bureau Insurance during his undergraduate career as a computer science major. He discovered LA Farm Bureau after attending Career Fair and Tech-Connect his sophomore year, where he ended up as an intern for two years.

During his fourth semester, Thibodaux was looking for a position that would enhance his skills outside the classroom.

“There was a little bit of a disconnect between exercises to understand things and real-world work, and so I wanted to do an internship to get a taste of reality – what it’s like to actually work in the industry,” shared Thibodaux.

For his own benefit, Thibodaux started attending job fairs during his freshman year to familiarize himself with the climate.

“I didn’t have anything to offer, but I was just there getting familiar with it and getting my name out there, and that’s very helpful,” discussed Thibodaux.

Another aspect of finding an internship is creating a resume. Marinello encourages students to utilize the OCS to review their resumes and to ask for recommendations.

He specified that a resume is not a tool that gives someone a position.

Some errors Marinello advises students to watch out for include misspellings, grammatical errors and sections of text not lining up with one another.

The OCS provides mock interview sessions that are available to all students, and Marinello recommends that students take advantage of the opportunity.

“I’d much rather you make mistakes in my office because in my office, they don’t cost you anything, maybe a little bit of embarrassment, but at the end of the day, you’ve got to get that stuff out,” said Marinello.

Understanding what’s listed on one’s resume and doing research on a company are factors that contribute to a successful interview.

“If you ask questions that you can readily go find the answers to on their website, that adds up to a negative in their book,” explained Marinello. “Little things like that go a long way, but then it also gives you the ammunition to ask good, thought-provoking questions.”

For Thibodaux, the interview process took four to six weeks before he received a position.

Thibodaux explained that after six months at his internship, his workload grew in quantity and intensity, giving him better insight into the company’s operations and a better understanding of the website’s coding.

“Whenever I graduated, I was like 95% finished with a solo project that they gave me to do by myself with minimal supervision, and that took like a year to do,” said Thibodaux. “It started off with really rudimentary, simple stuff, and as they got a feel for me and my work, the trust was built.”

Students who need help with any part of the internship process can stop by the OCS during business hours.

Marinello shared, “We are a fun-loving group of people who have one sole purpose, and that’s to help you guys find the careers that you want to make a meaningful transition from your college world to your professional world.”