Frank Scelfo signs contract extension to be head coach through 2024 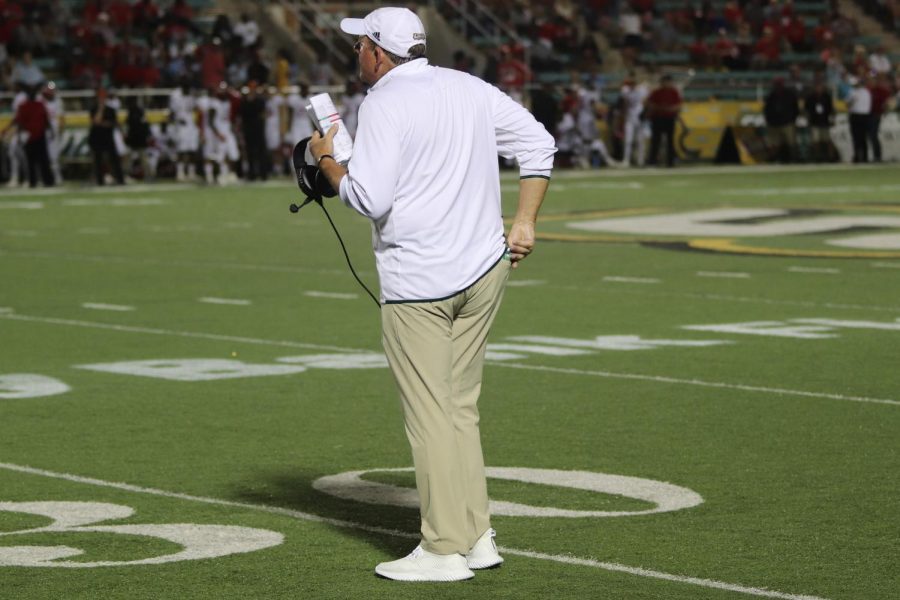 In the 2019 season, head football coach Frank Scelfo doubled the Lions’ win total from the previous season and reached the second round of the FCS Playoffs.

Along with leading the football team to the playoffs, Scelfo also picked up the 2019 Southland Conference Coach of the Year award. Due to his successful season, the Abbeville native earned a contract extension through the 2024 season.

“You know, towards the end of the season, me and Jay sat down and discussed where the direction of the program was heading and where we wanted to go,” shared Scelfo. “We talked about the team’s projection and where the team has gone in the past two years. We also discussed where we need to improve on going forward.”

Along with director of athletics Jay Artigues, University President John L. Crain was a vital part of the negotiation process.

“After me and Jay spoke, I sat down with Dr. Crain and went over what I wanted to do with the program, and he had the same visions as I had,” commented Scelfo. “All three of us were on the same page, and that made things go a lot smoother.”

Scelfo shared how the contract extension will help the football team in the future.

“It guarantees stability in our program with kids knowing that there is going to be structured in the program for a while,” explained Scelfo. “It helps with the recruiting process too because a kid always in the back of his mind is thinking about coaches when choosing where to play.”

The second-year head coach shared that the coaching staff was excited when he broke the news to them.

“They were thrilled for me and ready to get to work,” explained Scelfo. “We have a great coaching staff here. They understand this profession and how it works. They understand that, if we work together, we can get a lot done and we can get great things done. It makes them feel better when they know that I’m not trying to go anywhere or jump to the next job on them.”

Artigues shared that Scelfo’s extension was partially due to his leadership ability.

“He’s a tremendous role model, and we are very excited to have him here for the long term,” said Artigues.

The Lions will kick off their 2020 regular season on the road against Tulane on Sept. 3.