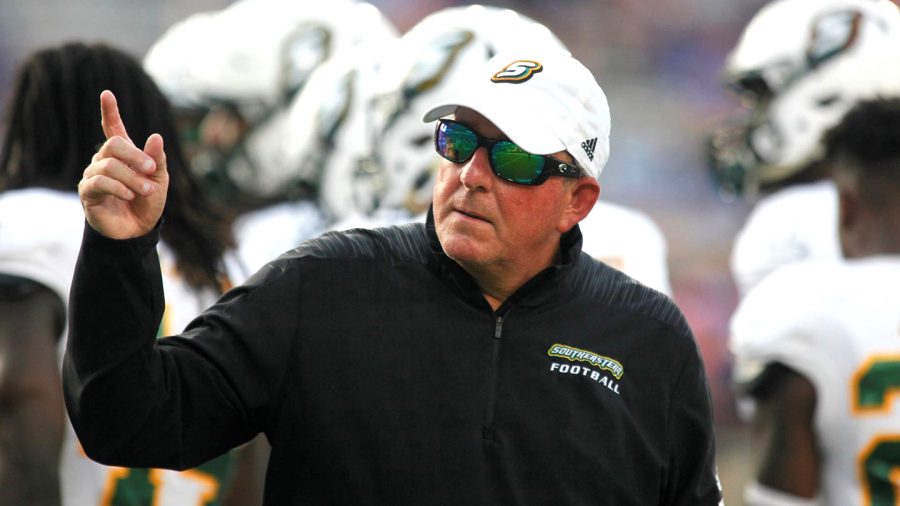 Of the nine players that signed, five were on the offensive side of the ball and four were on the defensive side. After signing 16 recruits in December, head coach Frank Scelfo focused on specific areas with the team’s final nine spots.

Scelfo described how he felt about the 2020 signing class as a whole and what areas the Lions honed in on.

“I think we addressed specific needs, especially in the secondary,” commented Scelfo. “We also addressed some skill positions from an athleticism and speed standpoint.”

Along with focusing on the defensive secondary, the third-year head coach described what areas were his main focus on the offensive side of the ball.

Scelfo shared the team’s strategy for recruiting players and what the team is focusing on.

“We start our recruiting in southeast Louisiana and gradually work our way out,” said Scelfo. “We truly believe we can consistently win and compete for championships with players from this area. Of the 25 players we signed, 23 are from within five hours of our campus.”

After losing in the playoffs to the University of Montana, Scelfo shared how the Lions’ lack of speed and length needed a major upgrade over the off-season.

“We needed to increase our depth, length and speed,” commented Scelfo. “When we were in those two playoff games this past year, it was evident that we needed to make some strides from a physicality and athleticism standpoint. We believe we helped that issue in December, and these nine young men we added today all fit the mold of what we’re looking for.”

“Ross was a major part of the recruiting process,” shared Scelfo. “He started everything and headed everything up, and he did a fantastic job.”

Even though Scelfo was confident with the class as a whole, he still remained optimistic about who will make an impact in the 2020 season.

“You never know who’s going to make a big splash,” shared Scelfo. “When we get the guys in during the summer, we are going to see who steps up and who shows out. We will have to evaluate who’s ready to step into their roles. We are very excited and hope that some of the players will make an impact in some sort of fashion.”

The university will start its 2020 regular season on the road against Tulane University on Thursday, Sept. 3.