ROTC looks to recruit members for on campus program 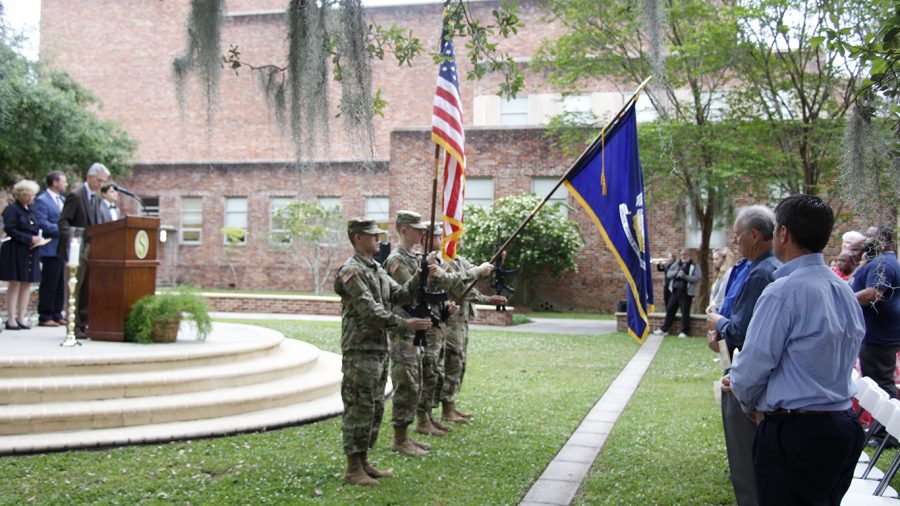 The university ROTC program is aiming to recruit new members. Contracts and scholarships are available for members, as well as opportunities to take military-based classes.

The university’s ROTC program is looking to recruit new members for its on-campus program.

“The individuals that come in either have the scholarship or contract,” said Gascon. “If they are doing the scholarship, what happens is they will get their room and board, $10,000 a year or have their tuition and fees covered.”

Gascon described how the program evolved over the years.

“We recently changed the professional military science (PMS),” said Gascon. “We are just trying to get exposure. A lot of people don’t realize we have an ROTC here on campus. We’re trying to build the program.”

For the first two years, a student does not have to join the military. Instead, an elective leadership course can be taken in place at the university.

Programs and events that the ROTC will be included in are the Golden Silence on April 8, where the Southeastern Alumni Association hosts a remembrance event of the members of the Southeastern family and the military ball.

“The military ball is a pretty big deal when it relates to the military,” said Gascon. “It’s basically where people get to be recognized for doing outstanding things throughout the year. Everyone dresses up in their formal uniform and has the opportunity to come together.”

The military ball is scheduled for April 4.

Gascon described what the ROTC program means to him and his enthusiasm for younger leaders.

“You’re looking at future leaders,” said Gascon. “I’ve been in it for almost 18 years, and I’m getting ready for retirement, so we are passing it down to younger individuals that are going to come out and eventually take over. There’s always a need for the military.”

Capt. Yokum commented on his experience with ROTC.

“As far as being an instructor, it has been good,” commented Yokum. “I like working with the cadets, and I have seen them progress from start to finish. You can see them grow.”

Staff Sgt. Petit described that she believes that family is the important element that is taken out of the military.

“You get an additional family,” said Petit. “For me, there are people in my military family that I am close to and it becomes, that’s what it is, just family. Especially if it’s someone who doesn’t really belong to anything outside of this organization, it gives them a place where they belong.”

For additional information on the ROTC program, contact [email protected] or visit their office in Fayard Hall Room 233.