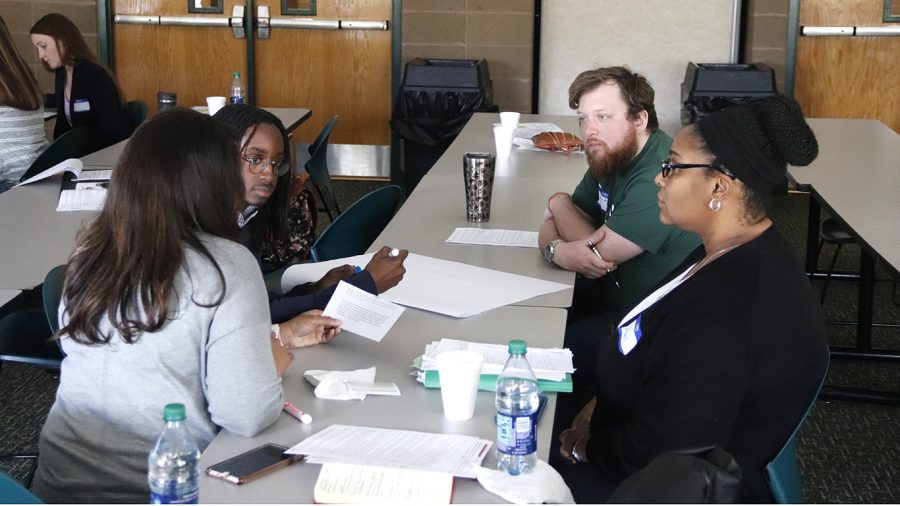 The university's office of Multicultural and International Student Affairs hosted a training regarding "safe spaces." MISA invited the inaugural Associate Dean for Diversity and Student Affairs at the University of New Orleans, Dr. Desiree Anderson to administer the course.

This semester’s Safe Space Training marks the third semester the event has been held consecutively.

The event was put on my MISA on Friday, March 6, and aimed to educate students and educators about the needs of the LGBTQ community, and how those needs can be met by educators providing their students with a safe place to be open.

Brought in to host the event, MISA invited the Inaugural Associate Dean for Diversity and Student Affairs at the University of New Orleans, Dr. Desirée Anderson.

Anderson shared how she ended up coming to give the presentation through giving another presentation at the University of Louisiana System Council in January.

“Maddie was in the audience and reached out to me about coming to do the safe space training here, because there’s not an internal program here and so the bring in folks from outside,” said Anderson. “I think she enjoyed my presentation at the UL System Conference, and that’s how I ended up here.”

The theme of the presentation was how LGBTQ issues relate to the campus at large. Anderson shared what she aimed to provide with her presentation.

“What I provided today is really kind of a foundational step in really recognizing how all of our identities are intersecting” shared Anderson. “The role and the work around building a supportive community for all students, or all people, is important.”

“If I do the work of trying to make the community better for LGBTQ people, then LGBTQ people will do the work of making the campus better for people of color, and kind of vice versa,” said Andeson. “We’re all kind of responsible for the culture and climate that exists at our institutions, so I think that’s something you get from this presentation.”

Interim Coordinator of MISA, Mattie Hawkins, explained what the motivation was for making the training a recurring one each semester.

“It was more of a societal thing,” said Hawkins. “As you know, the world is changing and diversity inclusion is becoming more prominent, so that was a step for us to combat the issues. We had some student concerns as well.”Anderson shared that the biggest thing she wanted was for attendees to learn something from the presentation and that she enjoys the effect that this education and awareness can have.

“I think the scene where people are really like ‘Yes,’” said Anderson. “That they do learn something, right? That there’s some tools that they’re able to get from this, that there’s community that’s built enough to keep people here, so that they’re sharing resources. That’s what I enjoy about doing these types of presentations is that ‘building the community’ piece and for people to learn something and really think about what their role is in furthering both their own education and the education of the community.”