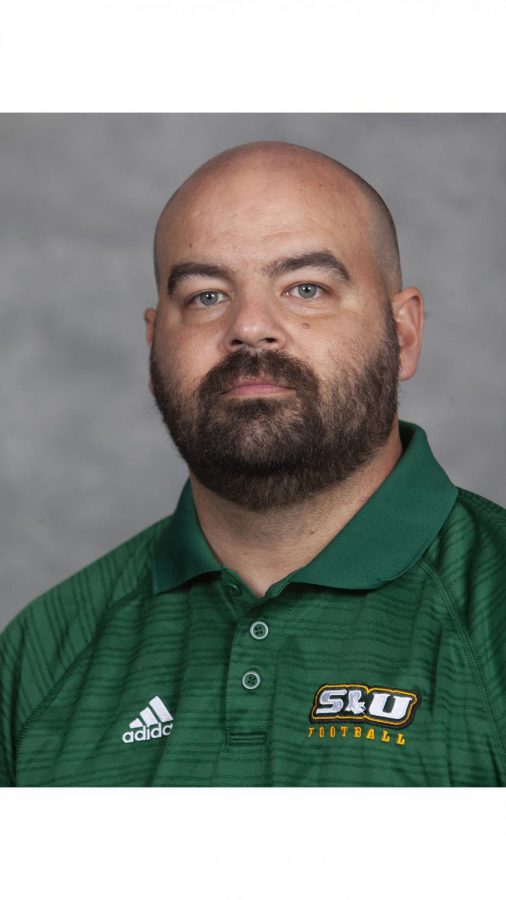 Lachney shared how he felt about being promoted to the new position.

“I’m very excited about this position,” commented Lachney. “Coach Scelfo has an extremely detailed plan and a clear vision for our program. It’s our job as assistant coaches to carry out that plan to our groups. For two years, I’ve been fortunate enough to carry it out to a great group of linebackers. I’m looking forward to being able to carry out his vision to a larger group now.”

The 2003 alumnus shared that he plans to keep the defensive scheme the same from last season’s.

“A lot of the schemes will remain the same from a year ago,” shared Lachney. “I felt as though that was the best plan due to the fact that I will be the third defensive coordinator in three years.”

The Slidell native explained why he plans to keep the defensive scheme the same this season.

“Our players deserve some consistency and continuity,” said Lachney. “They need to be given a chance to progress and grow in a system. Coach Scelfo runs a ‘player-centered’ organization. Every decision we make has the players at the center of it. The decision to keep as much of the same terminology as we could was no different.”

Due to the NCAA’s suspension of sports because of the COVID-19 virus, coaches and players are not allowed to see one another. Lachney shared how he is keeping in contact with the defensive players.

“We live in a society and in an age where, if there’s one thing we have figured out, it’s how to communicate in other ways besides face-to-face,” explained Lachney. “We are in contact with our players on a daily basis, mainly to make sure they are doing well personally, academically and emotionally.”

Prior to taking a coaching position at the university, Lachney was the defensive coordinator at Riverside Academy for five seasons and head coach for his sixth.

“I do believe that my experience as a head coach has prepared me for this position,” shared Lachney. “But I also feel like my experience as an assistant coach has prepared me too. Same with being a classroom teacher, running a strength and conditioning program and working construction in the summer time through high school and college. All of those things have challenged me and taught me how to deal with people as well as taught me the game of football.”

Lachney shared where he thinks the Lions need to improve for next season in order to make it back to the FCS Playoffs.

“One goal we have for this year’s group is to improve the number of takeaways we are able to create,” commented Lachney. “Year after year, you can see a positive correlation between the teams at the top in turnover margin and teams that compete for championships.”

The Lions will open up their 2020 season on the road against Tulane University on Thursday, Sept. 3 at Yulman Stadium.