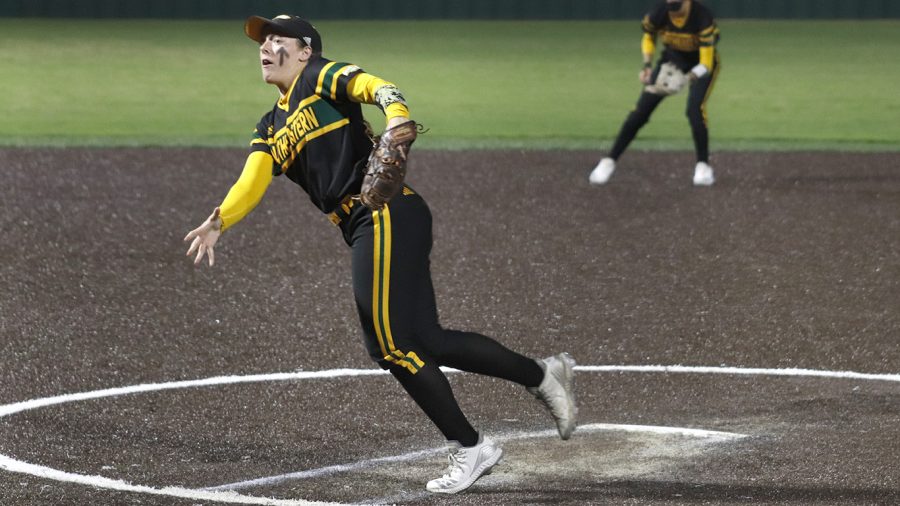 The Lady Lions softball team plans to host the next two Southland Conference Tournaments despite the recent cancellation of all Southland sporting events due to COVID-19.

With previous cancellations caused by the COVID-19 pandemic, the university softball team’s season was cut short. With only a few games under their belt, they planned to host the Southland Conference Tournament this year at North Oak Park.

Even though the team will be able to host the next two years, the season’s cancellation was still unfortunate for head coach Rick Fremin.

“The spread of COVID-19 has had a huge effect on so many lives. We will overcome this and come back stronger,” stated Fremin.

Although all campus activity has been postponed until further notice, many clubs and sports teams have been holding virtual meetings in order to stay in contact with each member. This is one method the softball team is using to keep in contact and gameplan for next year’s season.

“We do team calls once every two weeks,” said Fremin. “We are doing our best to take it one day at a time. It will all pass at some point, and when it does we will be ready to represent SLU in a first-class and professional manner.”

Lindsey Rizzo, sophomore infielder, commented on how the team is preparing solo for next year so that once sports resume, they can come back stronger and better.

“It definitely is going to be something everyone is looking forward to,” stated Rizzo. “After we got the news that this season was canceled, we were all heartbroken, and from that point on we had told each other that next season we are coming out with all we got. Right now, people are kind of on their own with preparing themselves for the season.”

Rizzo expressed that even though most of the team is separated, she believes they will be stronger when they come back together.

“But, I know for sure when we return, it will be a lot tougher, only because every other team wants the same thing, to come back stronger than ever,” said Rizzo. “So we are going to have to prepare harder for this next season than what we have in the other seasons. I’m very excited to see what next season brings and I’m sure everyone else is too.”

The university’s team would have hosted the conference this year and next year, but due to COVID-19 spreading rapidly throughout Louisiana, the conference agreed to award everyone to keep their bid and host when their opportunity comes.

“We had the bid for two years prior to COVID-19,” commented Fremin. “We did not host this season due to the pandemic. The conference agreed to award all bids as was previously voted upon, by allowing institutions that were previously awarded the bids to have their host opportunity.”

All university sports are cancelled for the remainder of the school year due to the previous announcement of the ‘stay-at-home’ order being pushed back to April 30.