A leader in the LGBTQ+ world: Edith Windsor 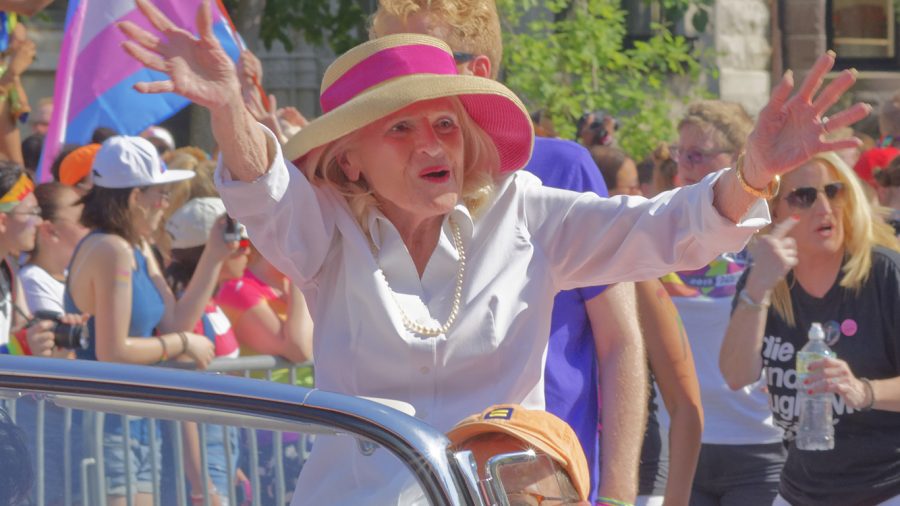 The LGBTQ+ community in the United States has had many important figures throughout history who have helped shape the community and its significance. One such high-spirited fighter and LGBTQ+ activist was Edith Windsor.

Windsor (1929 – 2017) was known for fighting against the Supreme Court as the lead plaintiff in a case that asked for same-sex couples to receive the same federal recognition and benefits as heterosexual couples.

In addition to being an LGBTQ+ rights activist, Edith Windsor was also a computer programmer. She obtained her master’s degree in mathematics from New York University, after which she worked at IBM, a computer hardware company, for 16 years. She also spent two semesters studying applied mathematics at Harvard University while being in an IBM fellowship program.

Windsor was legally married in Canada to Thea Clara Spyer from 2007-2009, but they had previously lived together for almost 40 years. After Spyer passed away in 2009 of a heart attack, Windsor went to court to obtain tax refunds. However, the Defense of Marriage Act of 1996 prevented same-sex married couples to be recognized as “spouses.” Instead of getting tax benefits, Windsor had to pay taxes for Spyer’s estate that Windsor inherited. At that point, Windsor realized the problem was much deeper than getting tax refunds and Social Security benefits after her spouse had passed away.

Despite this overturning rule, LGBTQ+ rights activists fell short of their expectations from the government as only 13 states allowed the union of people of the same sexes. A total of 37 states still banned such marriages. As the LGBTQ+ community fought to secure their rights, the city of New York finally validated same-sex marriage in 2011, and the Supreme Court allowed same-sex marriage by law in all 50 states on June 26, 2015.

Windsor was later married to her second wife Judith Kasen-Windsor.

After paving the way for people in the LGBTQ+ community, Windsor became a celebrity and was congratulated by former president Barack Obama for her spirit. Thanks to Windsor, who decided to be a leader, any two people in the U.S. can legally be married today, regardless of their sexual orientation.