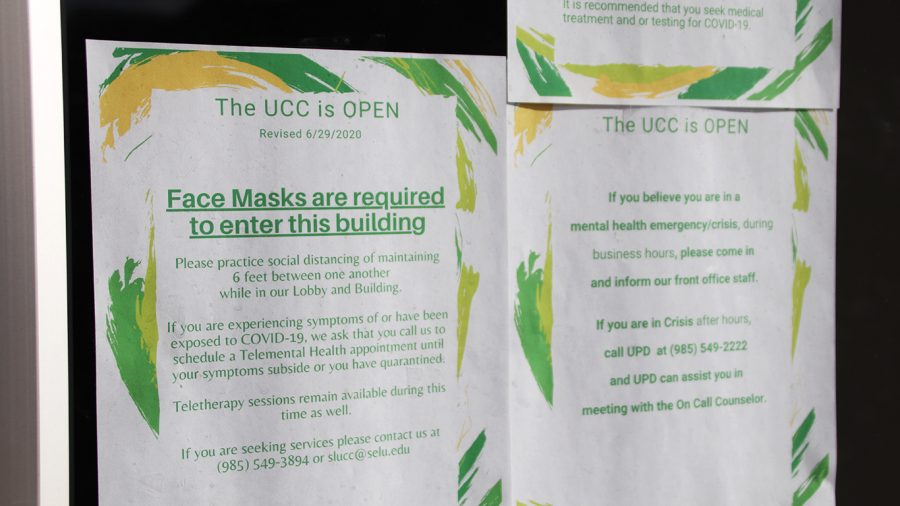 The University Counseling Center began offering two new support groups this summer: ALL Black Everything and the LION UP Recovery Book Club.

ALL Black Everything is a group that provides a space for discussing issues that affect the African American community on campus. The group is open to anyone and meets virtually on Fridays at 1 p.m.

Andre Carpenter, interim coordinator for the Office of Student Advocacy and Accountability, is the leader of ALL Black Everything. Carpenter explained how the idea for the group began.

“We were discussing the creation of more, and the idea of an African American support group came up,” said Carpenter. “Being the only African American counselor on the team, I didn’t initially raise my hand for it because I did not want to be the ‘token Black guy,’ nor did I want it to be assumed that I wanted to do it. Plus, I just arrived at Southeastern, and I wanted to take my time before taking on too much. After the George Floyd incident and the unrest in the country began to show, I decided it was time to go ahead and start it up.”

Carpenter shared the typical agenda for an ALL Black Everything meeting, including some of the topics that affect members of the group.

“Typically just to discuss what’s going on with people and to see if others are having those same experiences,” explained Carpenter. “Then we talk about them and see how we can all be there to support one another. I will, however, have a few prompts or questions just to help move the group along should it get stagnant. Might ask about world news, COVID, does racism exist on campus, and in what form? What’s the experience as an African American student at Southeastern and so forth. Trying to hit issues that more often than not affect the African American population on campus.”

Carpenter elaborated on the importance of having groups like ALL Black Everything available for students who need to be around others who have had similar experiences.

“It’s always important to have a ‘safe space,’” mentioned Carpenter. “A place where you can go to just be you, around others who can relate to you and see you for who you genuinely are.This would be similar to guys just wanting a guys weekend or girls wanting a girls trip together without the opposite sex. We all still love each other, but sometimes you just want to be around people who are like you, who you can relate to, and that is absolutely okay.”

While the group is open to people of all backgrounds, Carpenter emphasized the importance of the group’s focus on African American students.

“You do not have to be African American to join the group,” said Carpenter.  “You just have to be aware that this is a space to support the African American SELU community, and therefore, the goal is to discuss issues that impact that community more so than others. To talk about ways we can support one another and build a better community. This will be just one of the ways we can enhance the experience while at SELU.”

The LION UP Recovery Book Club is led by Madison Evans, coordinator of collegiate Recovery at the UCC. The group meets virtually at 5 p.m. on Fridays.

The first book the group is discussing is “The Big Book,” a common read among those who are trying to recover from alcoholism.

“Southeastern holds the state’s first collegiate recovery program,” stated Evans. “We have students in that program that study The Big Book of Alcoholics Anonymous. They kind of live by it, so it was only right that we provide them the opportunity to engage in a meeting of this nature. However, because we want to offer multiple pathways to recovery, we didn’t want to make it a Big Book study, we wanted to make it a book study, and we would feature different books. We’re just going to start with ‘The Big Book.’”

The group is open to anyone in the campus community, not just members of the recovery program. Evans mentioned that “The Big Book” could be beneficial to those who are interested in entering the field of substance use as well.

“You do not have to be in recovery to attend, if you just want to know more about this book,” said Evans. “It outlines how some people have recovered. I think it’s very needed for people that want to work in the field of substance use, so if anyone has an interest of ever working in the field, if you have a family member or a friend who is struggling with alcoholism or substance use, it could be a great piece of literature.”

Although the book is focused on alcoholism, the recovery process that it covers could be applied to other kinds of addictions, according to Evans.

Both groups are open to all members of the campus community. To join a group, fill out the Google Form found on the UCC ‘s page of the university website.