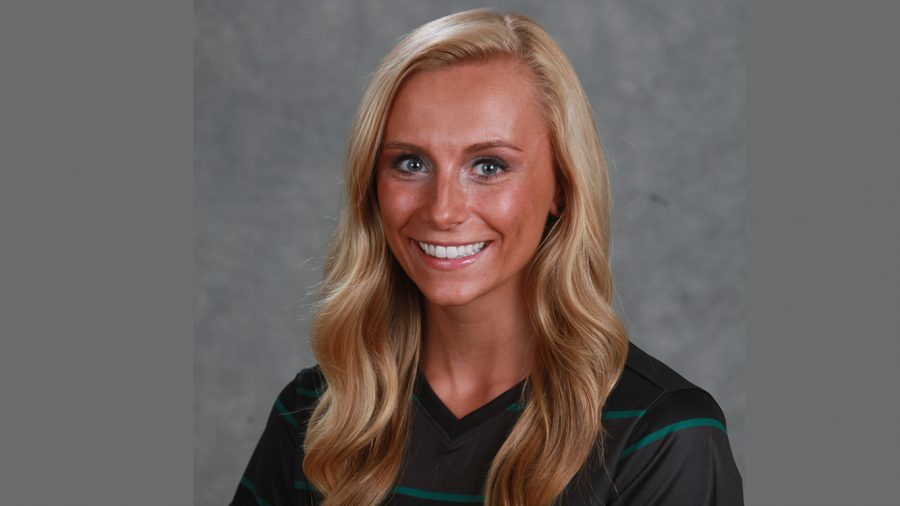 A student-athlete alum was awarded the 2020 Steve McCarty Award by the Southland Conference for her outstanding performance.

Caroline Lee, a former soccer player for the university, is the recipient of this award due to her dedication to serving others and other notable qualities.

The award is given to one male and one female athlete each year who demonstrates exceptional citizenship, sportsmanship and leadership qualities and partake in community service, according to Southland.

Lee has worked as a respiratory therapist at North Oaks Health System during the pandemic and has completed missionary work in the past. She coached children’s soccer teams in Hammond during her spare time, according to Southland, and she started a service club to help students with English as a second language.

Lee elaborated on her drive to serve.

“For me personally, the community here in Hammond contributes so much to Southeastern’s athletic department and university that the least I can do is give back,” said Lee. “I think giving back is a wonderful way to get to know your community and its citizens. It also instills a sense of purpose and fulfillment and allows you to choose where and how you would like to make a significant difference.”

To Lee, the award reassures that her goals in life were achieved during her time at the university.

“This award means more to me than any athletic or academic honor could,” shared Lee. “My goal in life is to serve others wholeheartedly and leave things better than I found them, and I think this award reassures me that I tried my best at doing so while at Southeastern.”

Lee shared that she feels honored to receive the same award that other leaders from the community have won.

“I felt incredibly honored to have received this award,” said Lee. “Knowing the stories of the student-athletes who were previous winners, I felt extremely touched to be categorized in the same group as them, given what wonderful leaders they were and all they had accomplished in their college careers.”

Positions of leadership allowed Lee to do many things during her time at the university.

“Leadership is vital in achieving or accomplishing anything within an organization or group and is the foundation of fostering strong, healthy relationships with those around you,” described Lee. “College is the perfect time to hone these skills, as you are growing and developing into the person you are meant to be.”

Lee is grateful to her coaching staff for her nomination.

“My soccer coaching staff nominated me for this award,” said Lee. “I am very grateful for all their love and support and for thinking I may be deserving of such an honor.”