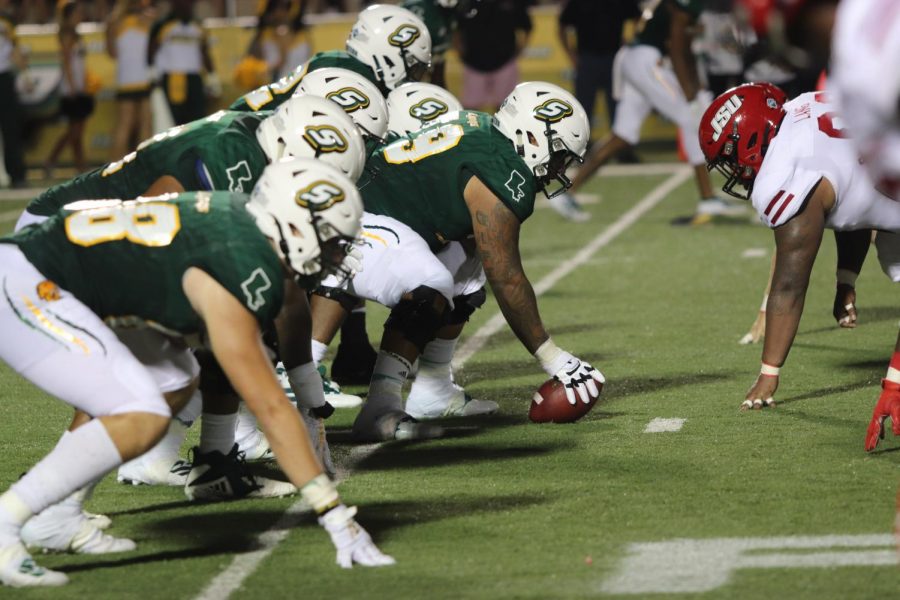 All fall sports have been postponed for the fall semester, the Southland Conference announced on Thursday.

After weeks of speculation and uncertainty, the Southland Conference announced that all fall sports will be postponed.

The Southland Conference Board of Directors decided that football, volleyball, women’s soccer and cross country will not participate in any league competitions in the fall of 2020.

Instead, members of the conference are looking to incorporate them into the spring semester.

“The Board concluded that an entire fall sports season is not likely, and that a postponement to spring can provide the important opportunities our teams annually seek,” stated Southland Conference Commissioner Tom Burnett. “While disappointed that we won’t be playing these sports in the Southland’s 58th year of fall competition, we look forward to a unique spring season of athletics that also includes NCAA postseason opportunities.”

The decision came after many other collegiate sport conferences like the PAC-12, BIG 10, MAC and Mountain West cancelled their fall seasons.

This decision also affects the Football Championship Series Playoffs for 2020 as, under NCAA ruling, if more than half of the eligible teams in a sport cancel the fall season, there cannot be an NCAA championship for that sport in that division.

While some institutions have the option to participate in limited fall competition, the university announced that they will not be competing until spring.

Jay Artigues, director of athletics, shared that this decision was made to ensure the safety of student-athletes.

“Southeastern Louisiana Athletics supports our league’s decision,” said Artigues. “Our student-athletes’ safety and well-being is first and foremost. We’re prepared for an exciting and busy spring.”

Athletic directors within the Southland Conference are planning to meet with other Southland staff in order to plan for the spring semester.

The university football team has not made a decision regarding their non-conference games against Tulane University, Jacksonville State or Bethune Cookman.

Gladar Huszar, a sophomore linebacker, spoke about the season postponement and how much of a reality shock it was for him.

“The season being cancelled was an eye-opening experience for me,” said Huszar. “It showed me how much football really means to the players and coaches that belong to this program.”

The Southland Conference has made no further statements regarding the 2020 football, women’s volleyball, women’s soccer or cross country seasons.