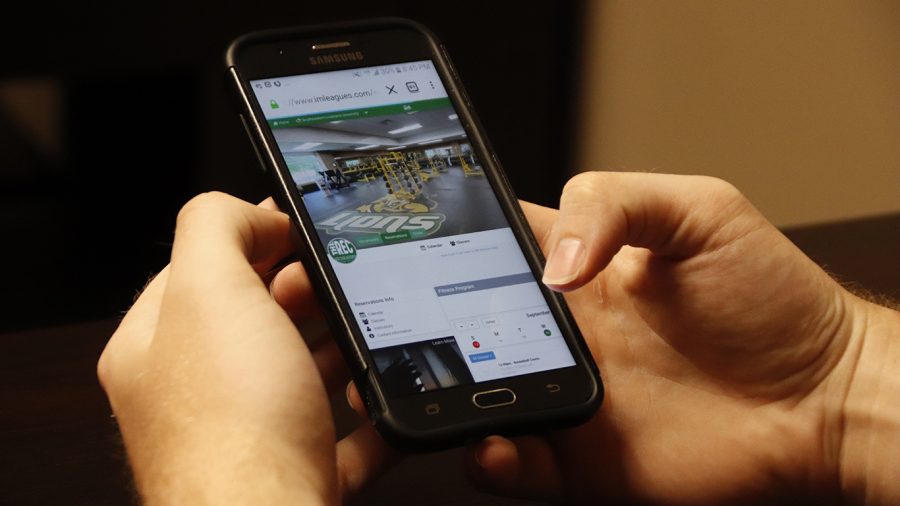 The Pennington has implemented a registration system via IMLeagues to reduce capacity during peak hours.

In an effort to reduce capacity during its peak hours, the Pennington Student Activity Center has implemented a reservation system in compliance with current CDC guidelines and state restrictions.

Members wishing to use the Pennington’s facilities are required to make a reservation using an application called IMLeagues.

The Pennington released a statement on their page on the university’s website explaining the rationale behind this new policy.

“To maintain safe occupancy levels for each area and activity throughout the day, all fitness room and basketball court usage will require a reservation on Monday-Friday from 12 p.m.- close,” stated the website.

Each reservation is for a maximum of 75 minutes and members are not permitted to enter the facility without a reservation during times in which they are required. A 50-person capacity limit has been put in place during each time slot.

Reservations are not required between 6:30 and 9:15 a.m. on Mondays-Fridays or during the facility’s weekend hours of 11 a.m. to 4 p.m. on Saturdays and 3-8 p.m. on Sundays. The facility is closed each weekday between 11 a.m. to noon in order to allow for cleaning.

Isabella Trinka, a junior nursing major, frequents the Pennington and believes that the reservation system is easy to use.

“The app makes it really easy, and you have your time slots and everything,” said Trinka. “I know a lot of people weren’t aware of it, but for me, as far as making a reservation and a time, it’s really easy. It’s like three clicks to make a reservation. I have never had a problem with it.”

Trinka believes that the reservation system has been effective in enforcing current COVID-19 guidelines and restrictions.

“It’s a big facility, and they only limited it to a max of 30 people originally,” explained Trinka. “They just increased it to 50, but even then, I don’t even think 50 occupants is half capacity because it is such a big gym. But for sure, 50 maximum occupants are definitely effective. Everyone can be six feet apart, and I have never really had anyone within six feet of me when I am in the gym.”

The Pennington originally instituted a 30-person limit for each time slot. However, the limit was recently increased to 50 people. Trinka expressed that the recent change to the system makes it easier for her to pick the times that she wants.

“30 is too little,” said Trinka. “I think that 50 is definitely better. When it was 30, all the time slots were always full. One time, I woke up first thing Monday morning at 8 a.m., and all the slots for that day were full until like 9 p.m. Whenever I would show up though, there would be hardly anyone there.”

Trinka believes that the Pennington is doing the best job that they can adjusting to current COVID-19 guidelines.

“I think they’re doing a really good job with the COVID guidelines and everything,” shared Trinka. “It kinda hit all of the sudden, and I think this is the best adjustment they could have possibly made.”

To reserve a time slot, visit the Pennington’s page on the university’s website.