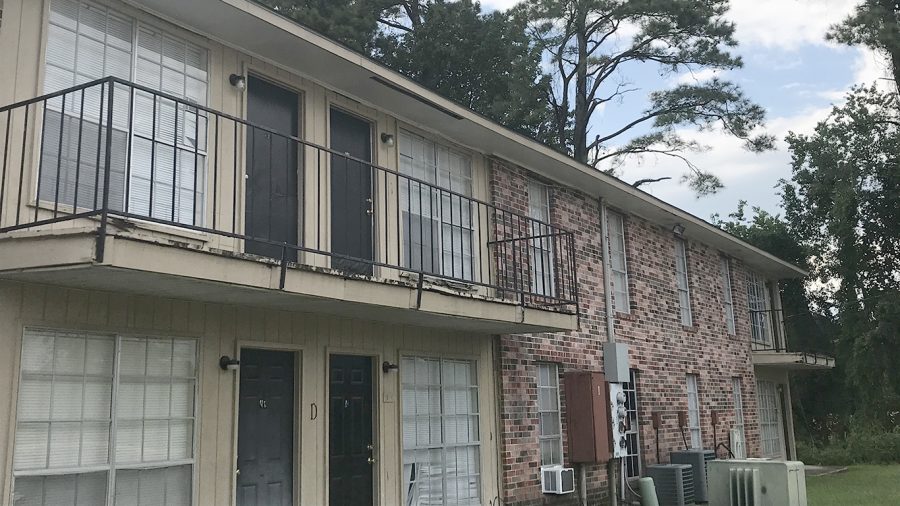 University Apartments, located on W University Avenue near the University Center, is home to several students. Residents of apartment complexes all across the country were facing eviction following the economic struggles that many families faced during the COVID-19 pandemic. However, the CDC has banned landlords from evicting their tennants through the end of this year as an attempt to further prevent the spread of the virus.

As of Sept. 4, the Centers for Disease Control and Prevention has banned residential evictions to prevent further spread of COVID-19.

“It comes just as housing advocates in Louisiana were bracing, after a hurricane-induced hiatus, to feel the brunt of lost protections to vulnerable renters under the CARES Act,” stated The New Orleans Advocate.

Through the end of 2020, landlords are forbidden from evicting tenants unable to cover their rent from residential properties.

However, the order does not relieve tenants of their obligation to pay rent, making it likely for tenants to accrue debt.

Kenneth Bolton, department head of sociology and criminal justice, shared his thoughts on the upcoming housing crisis prior to the CDC’s new order.

He explained that due to the coronavirus and massive levels of unemployment, many could not afford to pay their rent.

“Renting in general is incredibly expensive for a lot of people,” said Bolton. “There are many who already pay more than 30% of their income for rent. It’s really hard on women who are single mothers and African American and Latino communities.”

Bolton explained that, for the past several months, millions have survived on the eviction moratoriums. He believes that once those moratoriums end, the U.S. will be facing a huge eviction crisis.

“What that means is poor people, people who aren’t working, mothers with children and people with mental health issues or other health issues find themselves essentially on the streets in desperate need of mental health care, social services or food stamps,” shared Bolton.

Bolton mentioned that in order to prevent the upcoming housing crisis, many experts say that there needs to be significant legislation very quickly.

“Some estimates have been about a hundred billion dollars in emergency rental assistance — kind of like the same way the government bailed out big banks in 2007 and 2008,” explained Bolton. “There would need to be similar willpower to have this huge bailout program to support renters and the interests of small landowners who are actually renting to other people.”

Bolton emphasized that even if the economy recovers and citizens are able to get their jobs back, the affordability of housing itself is still an underlying issue.

“Even if things return to normal, rents are still too high for many people,” expressed Bolton. “One of the biggest issues facing society is — how do we make housing affordable to everyone long-term, with or without a crisis? That’s the issue we’ve been having for quite some time, I think.”