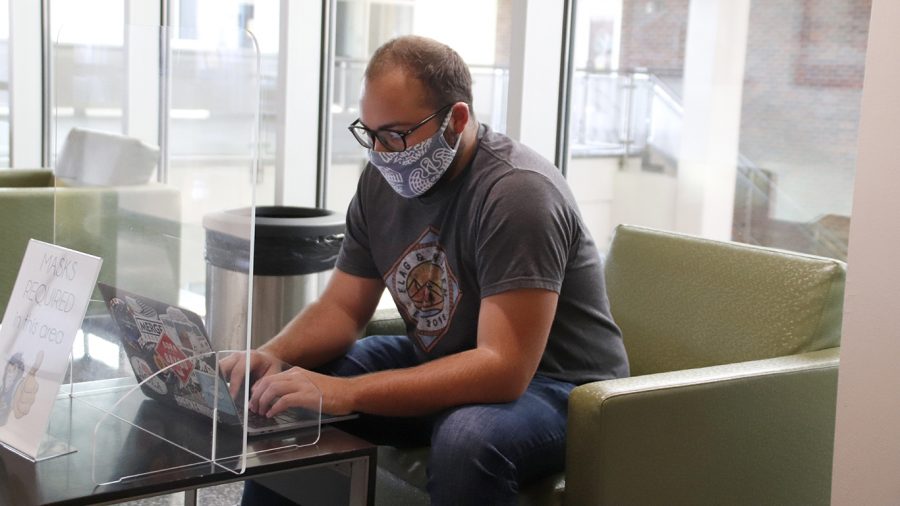 With an increase of online classes due to the COVID-19 pandemic, cheating has become an increased concern. Students are facing increased difficulties connecting with classmates due to these concerns.

As the university continues to adapt to changing circumstances, methods of cheating are changing along with them.

Due to the abundance of online classes, cheating has become an increased concern. Students have resorted to several methods to gain an advantage on their online assignments.

Many students who wish to join these chat groups in order to connect with others in their classes instead find themselves unwillingly witnessing these occurrences.

Conner Liuzza, a junior English education major, left his earth and space science class GroupMe after discovering that his class had used it to cheat on their first exam.

“I took the first exam in-person, but there was an option to take it online,” said Liuzza. “Whenever I finished the exam, I looked at the GroupMe and noticed that people who were taking it online were taking pictures of what they put down and all of that. I didn’t respond to it at all, and then people started accusing others of being snitches once they got caught. I decided that I didn’t want to deal with all this, so I left.”

Liuzza had joined the GroupMe at the beginning of the semester once he found out that his earth and space science class would be completely online. He had hoped it would give him an opportunity to meet other people in the class and ask for help understanding the material. He was frustrated to find out that some students in his class intended to cheat.

“If you want to not try at all and make it worse on yourself for the future, you go right ahead,” shared Liuzza. “I’m not going to make any comments or say anything about it. At that point, you are hurting yourself because you don’t know how to study.”

Jared Eaglin, a junior art major, had a similar experience in his biology class.

Eaglin assumed that his class GroupMe would be a place for students to help each other and ask questions, but he quickly discovered that people within the group planned to cheat and decided to leave.

“There were starting to discuss some kind of way they could cheat during the test, and I guess somebody got word that professors were starting to bust some of these GroupMes,” shared Eaglin. “I saw one person leave, and I didn’t want that kind of reputation on my record, even if I didn’t participate in the cheating. That would be why I decided to bounce.”

Despite his experience with his biology GroupMe, Eaglin explained that he had positive experiences with other group chats he has been a part of.

“I went to an English GroupMe last semester,” shared Eaglin. “A lot of it was people asking if they could get together to look at notes or asking to clarify. We had to communicate back and forth for a lot of our assignments, so it was a more positive experience. I was also in a history GroupMe that was similar.”

Liuzza echoed similar positive experiences with other classes on GroupMe.

“My math class is all online, and the professor holds up notes on a screen and sometimes my screen gets blurry, and I can’t see,” said Liuzza. “So, I ask people in the GroupMe for help. It’s a more positive and helpful atmosphere.”