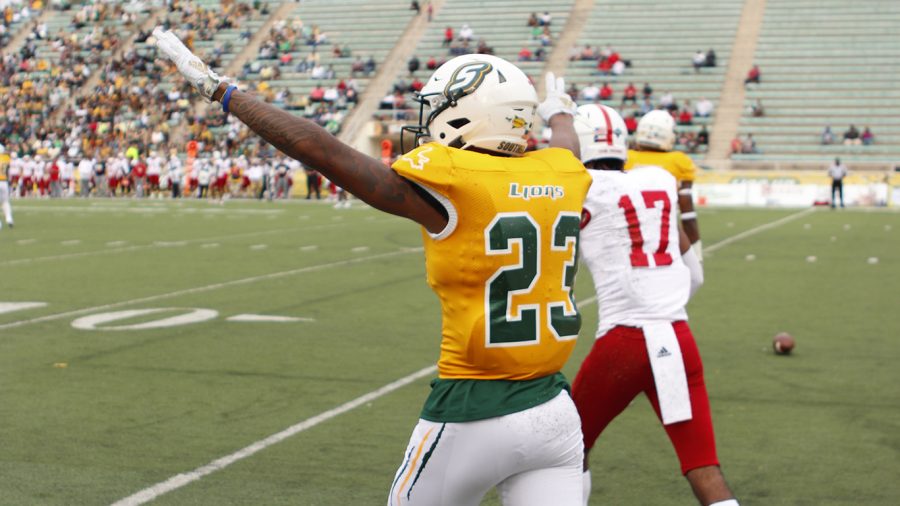 Junior offensive back Ferlando Jordan was named to the STATS FCS All-American third team after achieving various highlights throughout his athletic career. In the future, Jordan plans to become a better version of himself on and off the field.

Over this past football season, the team made it to the second round of the NCAA FCS Playoffs. Although they fell short of a championship, many players on this team had outstanding seasons, and the conference heads made sure not to overlook them. One of those players is junior defensive back Ferlando Jordan.

Throughout the 2019 season, Jordan collected many achievements for himself and the team. With a total of 28 tackles and five interceptions for 255 yards, Jordan was one of the few players named to the STATS FCS All-America third team.

During this season, Jordan set a single-season Southland and school record with three interception returns for touchdowns.

Before Jordan became a Lion, he played for the Mays High School Raiders. To end his high school career, Jordan helped his team to a region championship while playing both sides of the field as a defensive back and a wide receiver.

He was redshirted in his first year with the Lions, but by his sophomore year, Jordan had played a total of 11 games. In the 2019 season, Jordan played 10 games.

With two seasons behind him, Jordan is going into the next season with a total of 81 tackles and eight interceptions.

The Southland Conference has postponed the season until Spring 2021. Many athletes, including Jordan, were stunned when they were notified about the season’s postponement.

While Jordan has many awards under his name, he has yet to make a career goal. Instead, he plans to work on himself.

“Become a better me, on and off the field,” said Jordan.