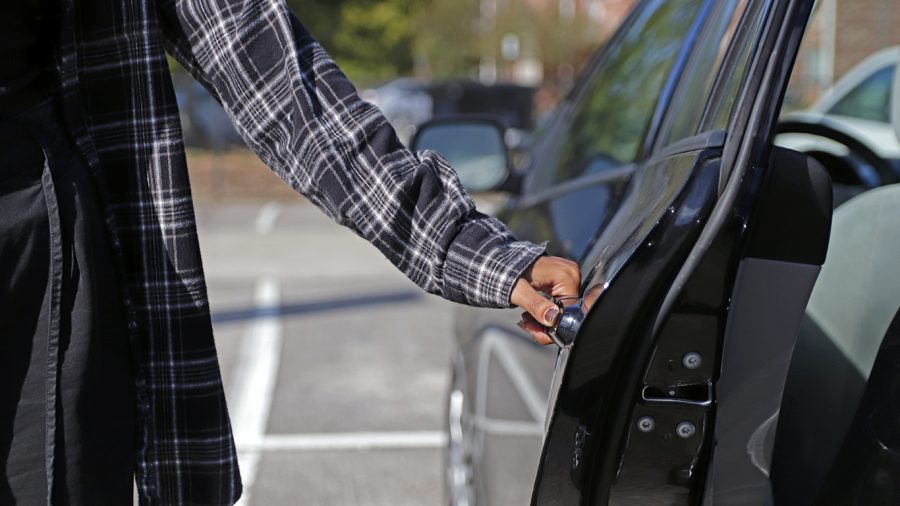 Students are encouraged to keep their cars locked and in a well-lit area in order to prevent a burglary. Symiah Dorsey/The Lion’s Roar

On the night of Oct. 4, locals reported numerous vehicle burglaries in the Ponchatoula area.

The Hammond Police Department linked the burglaries to university student Emily Candies, who was later taken into custody and booked for an outstanding felony warrant on Oct. 5.

According to the press release from Hammond Police, the 20-year-old student was found in possession of numerous IDs, bank cards, cell phones and other items belonging to victims of burglaries in both Ponchatoula and Hammond. The incident has pushed a reminder for students to lock their vehicles and secure their belongings.

Giron listed ways students could help the prevention of car theft on campus.

“Always lock your vehicle,” advised Giron. “Most vehicle burglaries, at least here on campus, result from vehicles being left unsecured. Never leave belongings in view—vehicle burglaries can be a crime of opportunity. When parking overnight, park in well-lit areas—burglars don’t want to be seen.”

“The Hammond Police Department would like to remind citizens to ‘lock it or lose it,’” stated the press release. “Do not leave important items in vehicles and make sure that your vehicles are locked before going to bed.”

Silessi explained what a student should do if a vehicle burglary occurs.

“Report the incident to the university police department to document the incident,” said Silessi. “Before anything ever happens, items that have serial numbers should be noted. In the event an item is stolen, having the serial number can assist with the investigation.”

Silessi mentioned that compensation for lost items is not a matter handled by the university.

Nineteen vehicle burglaries were reported on campus in 2019, according to the UPD investigators.

“Although a serious incident, vehicle burglaries are not one of the more common crimes that

occur on campus,” shared Giron. “Criminal damage and theft have been reported more on campus. To date, eleven vehicle burglaries were reported for 2020 to the university police.”