Students share why they are voting in November election 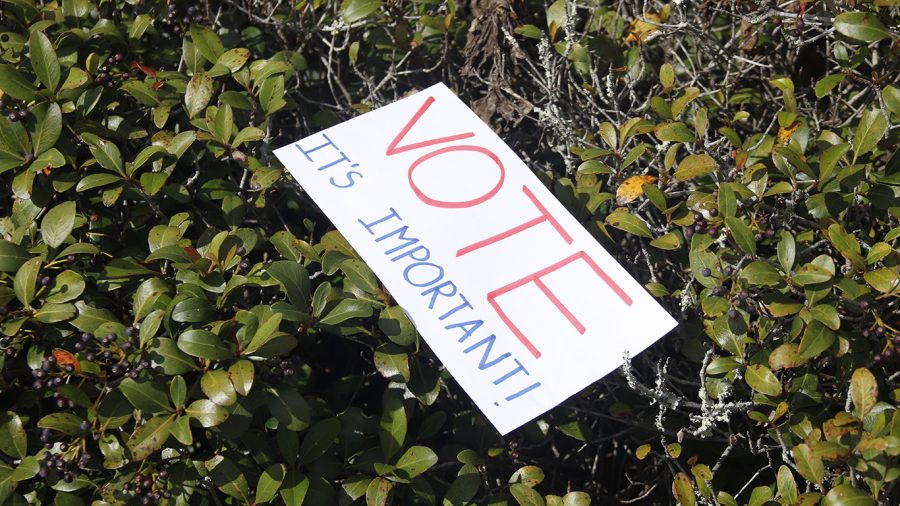 The last day to vote early for the Presidential election is Tuesday, Oct. 27. Citizens who want to vote early may do so in person at the parish registrar of voters office or other designated locations.

Election Day is approaching, and for many college students, this will be the first presidential election in which they are voting.

Generation Z, the generation that makes up almost all currently-enrolled college students, is the most racially diverse generation, and more than half of the older members of Gen Z are pursuing higher education, according to research conducted by the Pew Research Center.

Several students shared their opinions on the significance of voting.

Janine Hatcher, Miss Southeastern 2020, feels that she has a responsibility and duty to vote.

“As an African American woman, I feel a huge obligation and duty to make my voice heard through my vote,” expressed Hatcher. “Many women struggled for women’s suffrage and many more African Americans endured an immense amount of struggle in order to finally secure the right for African American people to cast their votes. I don’t think there is ever a time I would make the conscious and intentional decision not to vote, especially due to the history behind having that right.”

Hatcher believes that voting is extremely important and the only way to ensure a better future.

“Our country exists on the pillar of democracy, so if we fail to make our views, beliefs, morals and the changes we desire known in this upcoming election and in any election —at the local, state or national level—then we are doing a tremendous disservice to ourselves and to our communities,” explained Hatcher.

Emilie Richoux, a senior psychology major, plans to vote in the upcoming election. She also believes it is important to vote.

“It’s the only thing we really have control of, and anyone who is not a white male has had generations of people before them fight for their right to vote,” stated Richoux.

Richoux shared her concern with the possibility of President Donald Trump’s reelection.

“I am terrified and genuinely wishing I had dual citizenship somewhere else,” shared Richoux. “Trump being in office has been hard globally, personally and on community levels, and it genuinely feels to me that a villain tricked and manipulated their way into power like the common trope in kid shows. I fear for anyone in this country that is not a rich white man.”

L’Oreal Williams, president of the Student Government Association, shared why she thinks it is important for students to vote.

“College students should vote to make sure their ideals and thoughts are represented by their government,” detailed Williams. “Honestly, a lot of our current lawmakers are much older and are making changes that affect college students in negative ways. If college students exercise their right to vote, it could prevent old fashioned ideals from being forced onto a new generation.”

This election will be Williams’ first time voting in a presidential election, and she plans to vote because she feels that if she and other students do not vote, their voices will not be heard.

Madison Sunde, SGA Chief Justice, also explained how important it is for students to vote in the upcoming election.

“I think it is important for students to vote because our generation is the one that will be impacted the most from the election,” explained Sunde. “As young adults enter the career world, the state of our nation will directly affect how we grow up and move forward.”

Visit the Secretary of State’s website for information about polling locations.