Why does Walmart feel the need to keep selling firearms? 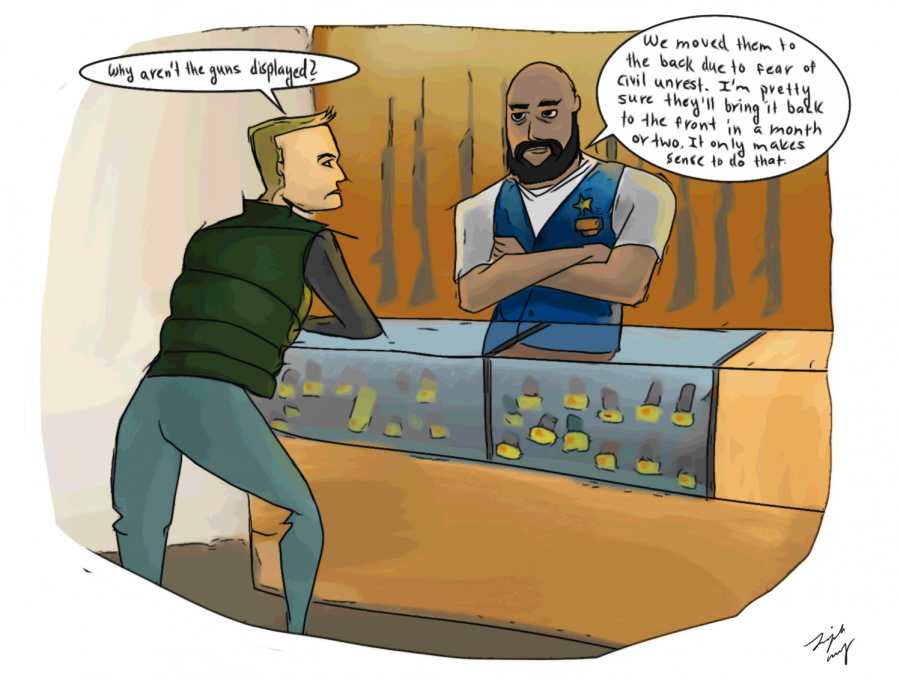 The nation’s most popular retailer, Walmart, recently removed all guns and ammunition from their displays last Thursday, Oct. 29.

This move was in response to the growing number of protests and vandalism due to police brutality. The “civil unrest,” according to Walmart, resulted in damage and looting to several of their stores across the country. As a safety precaution, Walmart asked their stores to move the guns and ammunition from the sales floor to a secure location in the back of the store, according to a statement given by the company.

However, the next day on Friday, Oct. 30, Walmart announced that they were returning their guns and ammunition back to their displays.

“As the current incidents have remained geographically isolated, we have made the decision to begin returning these products to the sales floor today,” said a Walmart spokesperson in a public statement.

This decision, albeit a very brief one, raises a couple of questions in my mind.

Did the civil unrest that caused damage to their stores earlier that week really die down that quickly? Who’s to say that another protest won’t break out again due to the ongoing police brutality happening in this country at an alarming rate, causing Walmart to enact this policy once again?

Here’s an idea: Why not stop selling guns and ammunition in a retail store not inherently designed for the sale of firearms?

For example, let’s take a look at one nationwide retailer who is surprisingly still in business to this day: Kmart.

In the summer of 2001, Kmart announced that they would phase out the sale of handgun ammunition. This decision was made in large part by meetings with the victims of the tragic Columbine High School shooting that happened two years prior.

To this day, Kmart has downsized to only 34 stores, none of which carry firearms or ammunition.

It took a nationwide tragedy and countless gun-control advocates for Kmart executives to pull ammunition from their shelves. 19 years later, hypermarket retailers like Walmart are still selling guns and ammunition in their stores.

Will it take another nationwide tragedy, or in this case, a concern of “civil unrest” that causes someone to be harmed from a looted gun from a riot, for Walmart executives to pull guns or ammunition from their shelves?

According to an article by NBC News, “Walmart has removed guns and ammo from its floors at different points over the years, such as following protests over the killing of George Floyd by police, or following an increase in mass shooting events.”

Unfortunately, the answer seems to be both. According to The New York Times, last year, Walmart reported that it controls about two percent of the nation’s firearm market and 20% of the ammunition market.

However, last year marked a step in the right direction. Following a massacre at a Walmart in El Paso, Tx., the company stated it would stop selling military-style assault rifle ammunition and discourage its customers from openly carrying guns in their stores.

The decision to stop selling assault rifle ammunition could “dramatically” reduce their company share of the ammunition market from 20% to a staggering 6%.

Walmart ultimately went ahead with their plan, despite sacrificing 14% of their share, and stopped selling assault rifle ammunition along with assault style weapons four years prior.

Although Walmart has made a few steps in the right direction in terms of gun regulation in their stores, they still need to go all the way if they really care for the safety of their stores, workers and customers.