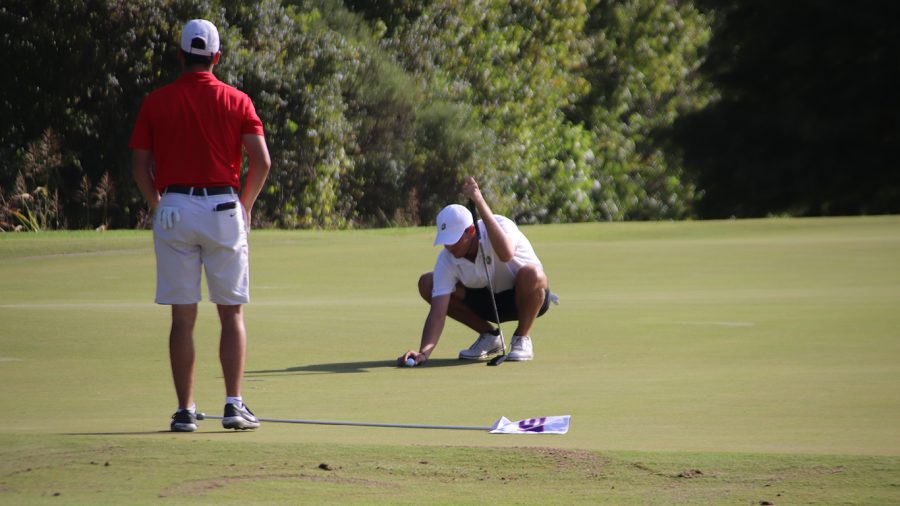 When the NCAA cancelled the 2020 Spring golf season, head coach Jake Narro made sure the team focused more in the classroom. Narro would often times make the team scrimmage one another to stay in shape over the offseason.

In the middle of March, the National Collegiate Athletic Association suspended all spring sports for two and a half weeks, leaving many teams with the thought that after the suspension, teams will be back to the full swing of things.

Days after the NCAA announced that all spring sports were suspended for two weeks, they declared all collegiate sports would be suspended until further notice. One of the many sports suspended was men’s golf.

“The guys and I were really bummed out,” stated Narro. “Just like that, all sports in the spring were cancelled with no clear vision on when they were going to return. The team was just starting to get into the groove of things, and we were ready to see where the 2020 season was going to take us.”

The university alumnus detailed what the team did in order to make up for the lost time during the COVID-19 shutdown.

The sixth-year head coach explained how intra-squad matchups have helped the team in different ways.

“We started having intrasquad simulated tournaments,” said Narro. “Everyone gets a scorecard and scores each other. It was really good practice, and you could tell the team has benefited from it a whole lot. They’re starting to get better day in and day out when they go against one another. It’s even starting to build their team chemistry a little bit more.”

With the shutdown, Narro detailed how the team has been able to focus off the course a little more than usual.

“We have been doing a good job focusing in the classroom and on grades a bit more,” commented Narro. “The guys are hunkering down and studying more than they usually have and grades are at a high right now.”

Narro described how the team is ready for the 2021 spring season more than ever, and looks to come out of the gates hot.

“We have had a ton of practice under our belts and the guys are very prepared,” stated Narro. “We are going to be able to handle tournament and competition play a little bit better than usual I think in the upcoming season. I can’t wait to see what the guys can do.”

The university golf team will open up their 2021 season on Feb 15 in Matthews, La. in the LaTour Intercollegiate Tournament.