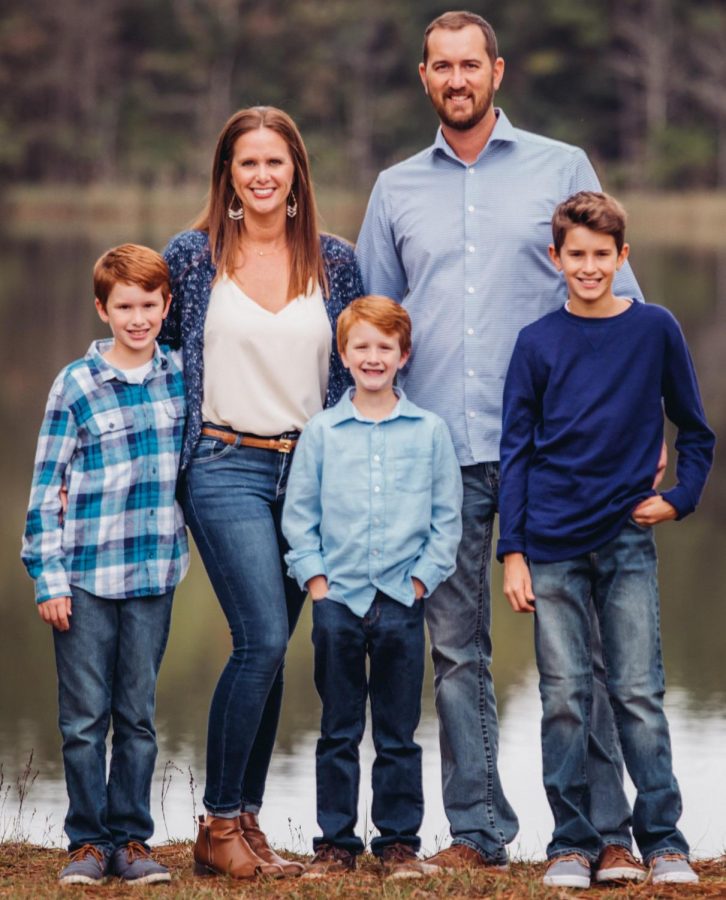 Jonathan “J.T.” Taylor poses for the camera with his wife and three sons. After earning a business degree from the university in 2005, Taylor eventually went on to become mayor of Livingston.

After receiving a business degree from the university in 2005, Taylor worked in tourism for Livingston Parish prior to entering politics.

Working as the assistant director for Livingston tourism post-graduation helped him place his foot in the door. Taylor detailed how he went from playing collegiate baseball to emerging victorious in the three-person mayoral race.

“I’m the assistant director there currently, so I’ve been here for seven and a half years — that really opened the door to me working in politics,” explained Taylor. “I did a lot of advocacy at the State Capitol. I’m the Louisiana State Chair for Washington D.C. Congressional Summit, where we go up and meet with all of our senators and congressmen and talk to them about economic development that affects the southeast United States. That really opened my eyes.”

As for what he gained professionally and personally while at the university, Taylor placed a large emphasis on his time with the baseball team and the life skills he picked up along the way.

“We had to get up early and work out, and then go to class, then get out of class and go to practice, and then having to do our work,” shared Taylor. “It’s a more hands-on kind of deal that taught me responsibility. I’m responsible for my actions. If I want to be successful, I have to work hard. That’s what really helped me in my career.”

According to Taylor, his first steps in office will be adjusting to the role of mayor and its various responsibilities.

“Right now, I have ideas and some things I’d like to see done,” noted Taylor. “First, though, I’d like to get in and get my feet wet. Of course, I’ve never been mayor before, so I want to get in there and put my feelers out, see what’s going on, get a gauge of everything and then see what we can do.”

However, Taylor highlighted one area that he wishes to advocate for during his term in office: quality of life for the local community.

Alongside quality of life, Taylor shared another aspect of office that he is looking forward to.

Taylor explained what he hopes to achieve during his term as Livingston’s mayor.

“I think it’s important for any community to promote the good that they have,” explained Taylor. “You know, having events where everybody comes together and actually talks to each other, not just on their cell phone or on Facebook. I want face to face — I want to bring that back to where we’re proud of it and talk good things about our community.”