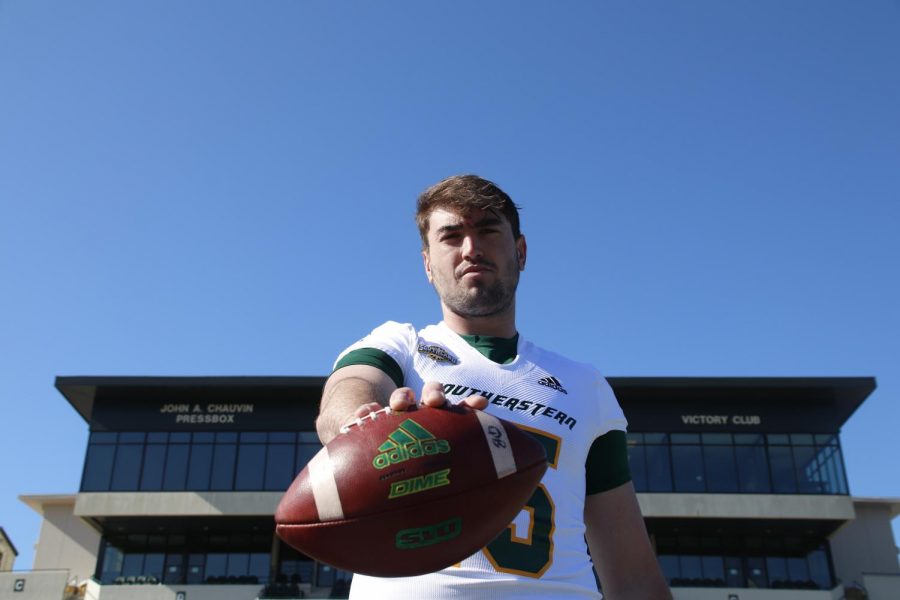 The 2019 season was one for the record books for the university’s football team. From knocking off No. 6 ranked Jacksonville State in the season opener to having a 17-point comeback over No. 8 Villanova University in the playoffs, the Lions exceeded expectations.

On Aug. 13, the 2020 Southland Conference announced that all fall sports would be postponed until the spring, leaving the Lions in a unique scenario .

“It allowed us to have a lot of practices and to get to know the newer guys even more,” said Scelfo. “Transfers and freshmen got to see more time on the field in practices and got to study more film than usual.”

Over the off-season Scelfo appointed Chris Lachney to defensive coordinator for the team.

“I know Chris is going to do a great job this season,” stated Scelfo. “Our defense is going to run a lot smoother. Last season we gave up way too many big plays on defense and I don’t think that will happen this season. Communication was an area we were lacking last season and I know Chris has got a handle on that.”

The Lions’ 2019 season ended in a 73-28 road playoff loss to University of Montana in the second round of the FCS Playoffs. The Abbeville native stated how the loss was good for the team in retrospect.

One bright spot to the 2019 season was University of Arkansas transfer Cole Kelley, quarterback, played in all 13 of the Lions games last season as the backup to Chason Virgil, Kelley shared what he learned from Chason.

“Chason was a great mentor,” said Kelley. “He showed me a lot about the playbook and really opened things up for me. He was great to study and learn under as a transfer.”

Kelley explained how he hopes to continue his production into the 2021 season.

“Last year I did a great job of not turning the ball over,” commented Kelley. “I wanna play good clean football and not throw any interceptions. I pride myself on taking care of the football.”

The Lafayette native shared why he wants to win a Southland Conference title so bad in 2021.

“I’ve never won a championship at any level since I started playing football,” said Kelley. “So to win my first ever championship in my senior season would be nice.”

Scelfo shared what he thinks the Lions have to do in order to win the conference title for the first time since 2014.

“We need to take it one week at a time in order to succeed,” stated Scelfo. We don’t need to look so far ahead and just keep a clear vision and take it one game at a time. We definitely have the talent to do so, so that’s not the problem, also it’s if we can all put it together in big time matchups.”

The Lions will open up their 2021 season on the road against Sam Houston State University on Feb. 27 at 6 p.m.