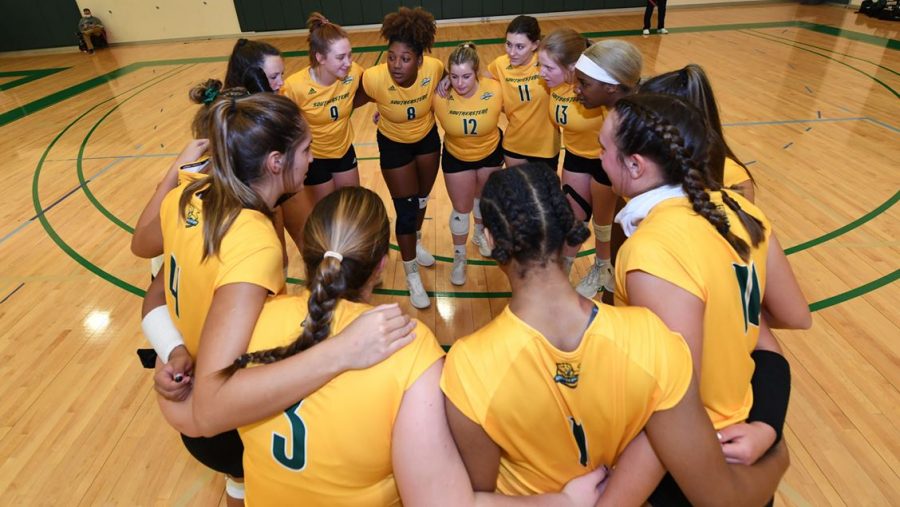 The Lady Lions volleyball team kicked off their 2021 season with splitting a weekend series with the University of Southern Miss. Head coach Jeremy White looks to improve on his 2019 campaign.

The men’s basketball team continued their hot streak with two home victories over Southland foes University of Central Arkansas and the University of New Orleans.

The Lions went into last week at 2-4 in conference play and escaped the week crawling up in the Southland standings.

Senior guard Keon Clergeot dropped 15 points against Central Arkansas and 24 against the University of New Orleans. The 6-11 Lions currently sit at fourth in the Southland.

“He makes me look good as a coach. When it’s crunch time, he’s been a consistent closer for us down the stretch and a huge addition to the program,” said Kiefer.

The Lady Lions currently sitting at 5-6 and sitting at seventh in the Southland will face Sam Houston State University on Feb. 10 in the University Center.

Indoor Volleyball kicked off their 2021 season with a 3-1 win over Tulane University in New Orleans on Jan. 28.

Freshman outside hitter Kailin Newsome led the Lady Lions with 23 total kills and adding 8 digs. Second-year head coach Jeremy White continued to impress off of his 2019 playoff campaign by splitting the series against the University of Southern Mississippi.

The Lions Indoor Track and Field team continued their 2021 season with the LSU Louisiana Invitational in Baton Rouge.

Another team gearing up for action soon is the Lions football team, who will hit the road on Feb. 27 to face Southland Conference rival Sam Houston State University in Huntsville, Texas. The Lions will look to improve on their 2019 campaign in which the team made it to the second round of the FCS Playoffs for the second time in program history.

Senior quarterback Cole Kelley is returning for the Lions and will be at the helm for the offense, alongside South Alabama University junior transfer quarterback Cephus Johnson III. In 2020, the Lions promoted linebackers coach Chris Lachney to defensive coordinator after the departure of Lance Guidry to Florida Atlantic University.

On Jan. 21, the university’s baseball team announced their 2021 schedule in which the Lions will hit the road to take on 10th-ranked Arizona University, seventh-ranked Louisiana State University, and 29th-ranked University of Southern Mississippi.