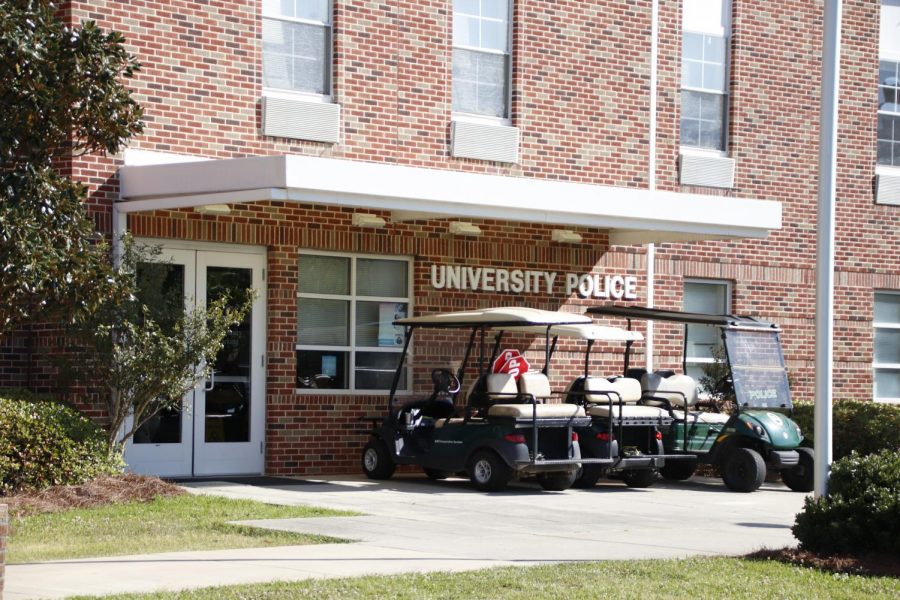 The University Police Department received a call on April 3 about a disturbance in Louisiana Hall. UPD is currently investigating the incident and has placed Southeastern student Elizabeth Grace Johnson on interim suspension.

Over the past semester, a noted topic of awareness on campus has been sexual assault. Amid discussions of alleged cases, many students pose the question: to what extent is the University Police Department involved in the process?

Discussion of alleged cases has led students to question the University Police Department’s processes and policies when a case has been reported.

The department currently has two criminal investigators who are assigned to investigate major crimes and follow up on other criminal events on campus.

“A UPD investigator will be called out to take charge of the investigation and get the reporting party to the hospital so an exam and evidence collection kit can be completed,” said Beckner. “After that, they start a full investigation interview with all of the parties involved. This would also include anyone who may have any knowledge or pertinent information to build facts in the investigation.”

Beckner explained the process for incidents that are reported after a period of time.

The department conducts a full investigation, according to Beckner. If a warrant is issued, the subject is charged and arrested the individual will then go through the court process to determine a verdict.

“Once an investigation is complete, the evidence is reviewed, and if there is probable cause, the UPD investigator will apply for a warrant that best fits the act to be charged,” shared Beckner. “At that point, a judge will determine if probable cause exists to issue the warrant. The individual has the rights of being innocent until either pleading to the charge or being found guilty or innocent in a trial by a group of their peers, as defined by our Constitution.”

The university also has a process through the student code of conduct and Title IX which could lead to separate penalties brought by the institution. A suspension may be issued during and after the trial.

Beckner concluded, “All incidents will be investigated to the fullest, and evidence will determine the issuance of warrants and furtherance of criminal proceedings. Perception is not a factor in determining the outcome of any criminal case. UPD is a full service law enforcement agency, consisting of fully state-certified police officers who are dedicated to serve our university community in a fair and consistent manner, and I as Chief am proud of the job that our officers do.”