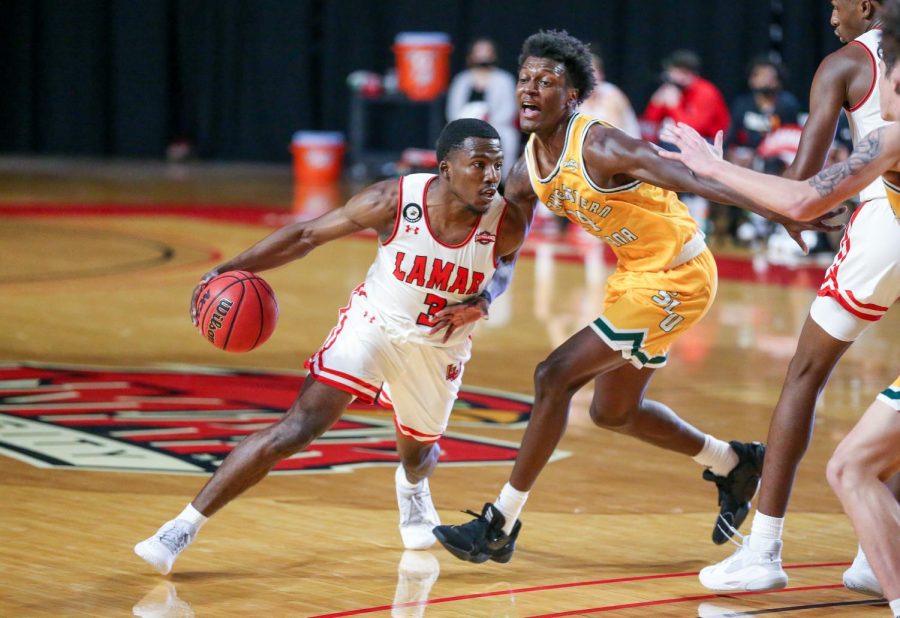 Freshman guard, Jamon Kemp is the son of former NBA All-Star Shawn Kemp. Jamon is a native of Seattle where his father played for the Seattle SuperSonics.

A six-time NBA All-Star, a three time All-NBA second team and a McDonald’s All-American—these are just some of the accolades achieved by Shawn Kemp, the father of university men’s basketball freshman guard, Jamon Kemp.

Jamon, the youngest of Shawn’s three children, committed to play at Southeastern in the spring of 2020 after one season at Woodstock Academy Prep School in Connecticut.

The 20-year-old guard shared what it was like growing up with a dad who was an NBA superstar.

“It’s crazy. You are always being compared to him and you’re always under a huge microscope by everyone. Everything you do small or big is in comparison,” expressed Jamon.

Coming out of high school, Jamon was a three-star recruit and received offers from Washington State University and University of Montana, but he ultimately chose Southeastern because of a relationship with an assistant coach.

“I have a close relationship with Coach Jordan Brooks. Him and my dad have known each other for a long time and he wanted me to come here. Brooks and I have worked a lot with each other over the years, and he knows my game as well as anyone,” said Jamon.

The Seattle native shared how big of an impact his father left on the Emerald City.

Shawn’s style of play, commonly known for his high flying dunks and shot blocking ability, inspired Jamon to try and follow in his father’s footsteps.

“I think I can get up there like my dad used to. The last time I had my vertical measured it was close to his so. I think I can probably dunk better than him too to be honest,”  Jamon said.

Jamon shared what his goals are for the 2021 season and the impact he wants to leave at the university.

“I want to win a Southland Conference Championship and hopefully make it to the March Madness tournament. I want to be the best player to ever come through Southeastern and have my name on all the school records,” Jamon shared.

As of Feb. 1, Jamon has scored a career high of 12 points, six rebounds and two assists. The Lions will next face Sam Houston State University in Huntsville, Texas on Feb. 10 at 6:30 p.m.