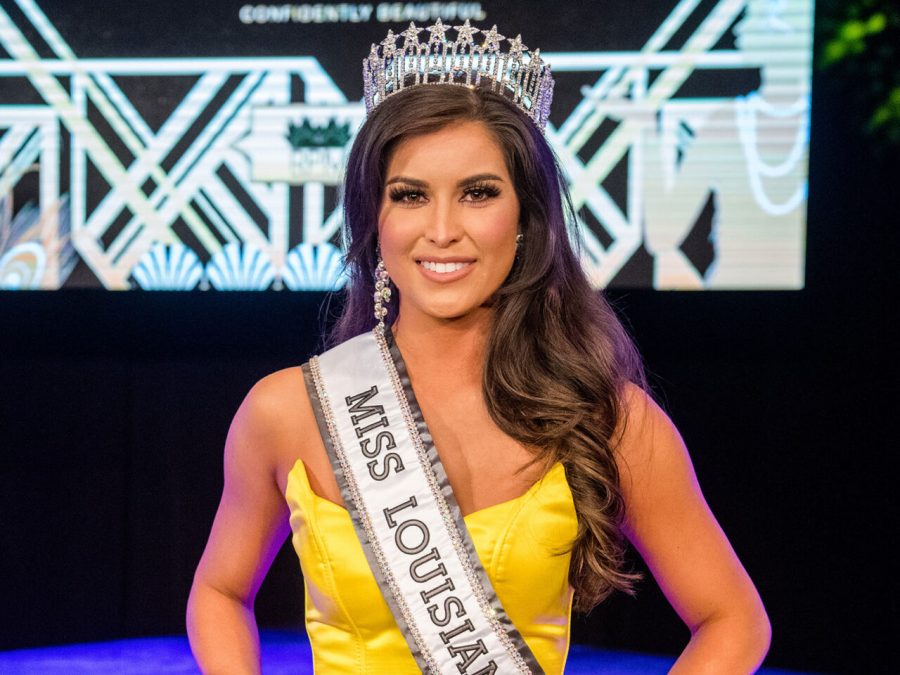 A 2016 graduate of the university, Tanya Crowe has accomplished her goal of becoming Miss Louisiana USA. Her new title solidifies a new beginning and the end of a seven-year journey. For Crowe, the Miss Louisiana pageant was an experience that provided her with connections, experience and lifelong friendships. Crowe encourages other girls to go on the Miss Louisiana stage and keep going back.

On the night of June 8, 2014, a Southeastern student by the name of Tanya Crowe made a decision that would change the next seven years of her life.

Prior to making her debut on the pageant stage, Crowe was another face in the crowd. She had just witnessed the crowning of Miss USA 2014 at the Raising Cane’s River Center Arena, and from that moment on, Crowe decided to make her own mark in the pageant world.

Crowe’s dreams came true on Jan. 16 when she was crowned Miss Louisiana USA 2021.

After seven attempts and seven years worth of memories, the alumna recalled what it was like to finally hear her name called for the coveted title.

“I didn’t have any expectations. I literally compete every year because I enjoy it. But because I had no expectations, I think it made the win all the more glorious because when I heard my name, it hit me out of left field. My body, my mind, everything just went numb because I had this realization like ‘they just called my name.’ It took seven years, but on my last attempt they called my name,” said Crowe.

As Crowe went after the title of Miss Louisiana, she established other titles in her career.

Crowe is an NFL cheerleader for the New Orleans Saintsations as well as a model and the owner of a  new business, Jo Tuklo Artistry.

Crowe graduated from Southeastern in 2016 and shared how her Bachelor in Business Administration has contributed to her success.

“With everything that I’ve done and accomplished, I’m still putting my degree to good use. I might not be working for the next corporate head honcho, but I’ve implemented it into my own life in my personal brand. With my modelling career, I know how to handle business formally. I own a salon now, Jo Tuklo in Amite. It has helped an awful lot in helping those businesses and brands flourish,” said Crowe.

With numerous responsibilities, Crowe shared that having good support systems is what helps her maintain her balance on and off the stage.

“I have really good support systems,” she said. “In those industries that I am involved with, I have very solid connections with them, and they work with me very well. Even though sometimes I feel I can spread myself pretty thin, they know that when I give them my attention in that industry I give them my all.”

Crowe thanked Southeastern for being the foundation of many of her lifelong connections.

“I’ve made so many lifelong friends while attending Southeastern. I bleed green and gold, I love Southeastern. They carried me for several aspects of my life. I haven’t just been in this industry for the past couple of years, I’ve been in it all throughout college. Southeastern was a big support system for me to excel, and I thank them for that,” said Crowe.

Although Crowe’s dreams took time to become reality, she kept going back to the stage. Now, she encourages others to do the same.

“Just keep going back and have a good time because it’s a matter of ‘different judges, different day.’ I’m not going to say anything really set me apart, it was just my set of judges. I went back this year just like I have years before. I didn’t change who I was, I didn’t change anything about how I presented myself, I just went back to have a good time, and this time around, it was my turn.”