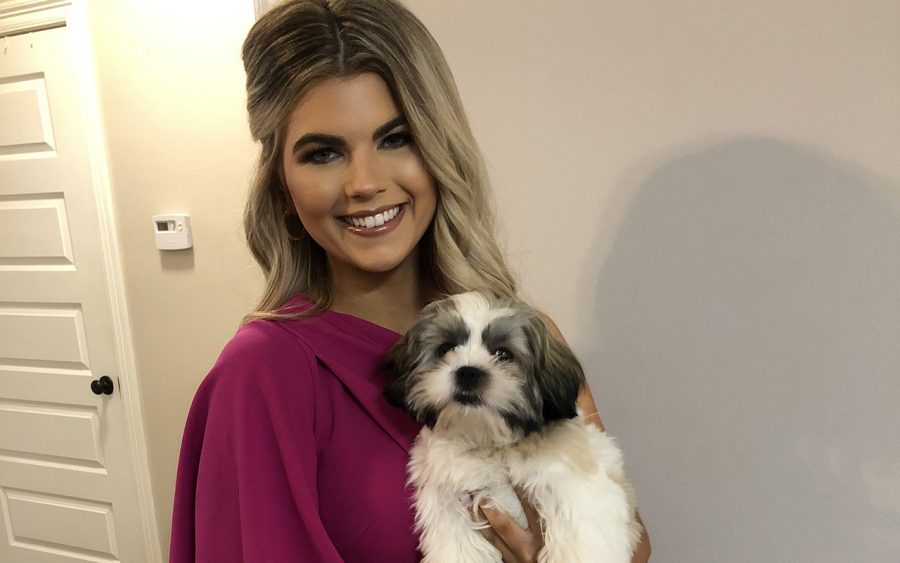 In a fast-paced college world, last semester’s discussions surrounding sexual assault might be easy for one to forget. Some matters simply go unnoticed, unspoken or forgotten. Students Catherine Wooton and Kami Aguilar, however, have decided to take this covered up issue and peel its mask back.

‘Sexual Violence Unmasked,’ a group dedicated to supporting sexual assualt survivors and working with students to advocate against the issue, is now an official organization on campus.

Wooton, junior criminal justice major and president of the organization, shared that the process of establishing SVU was not all smooth sailing.

“The process of creating SVU was a roller coaster ride, to say the least. Kami Aguilar and I co-founded it after realizing how real of a problem sexual assault is on our campus. The surveys we conducted gave us real information and helped us become even more passionate about it,” said Wooton.

Next on her agenda, Wooton has planned to broaden her research by assessing the issue within different departments.

“We haven’t released the current Google Forms back out to anyone, but we are hoping to meet with the athletic departments to get some anonymous surveys conducted in order to assess sexual assault on a broader range. We’re not just focusing on Greek life, that is just where our initial concern was. After learning more we know it’s not just a Greek life problem, it’s a campus problem,” said Wooton.

For Wooton, SVU is an opportunity to provide a safe place for all survivors on campus.

“It is so incredibly important for survivors—not just women—to have a safe place to talk about sexual assault on campus because if survivors don’t feel safe talking about it, they won’t talk about it. If they don’t feel like we’re taking it seriously, they won’t want to speak out and advocate against sexual assault. We want survivors to know that we can and will do anything to support them no matter what they want to do about their assault,” she said.

Aguilar, a senior marketing major and vice president of SVU, wanted to bring awareness to the lasting impact of sexual assault on survivors.

“I would love for the students of Southeastern to understand the lasting impact that sexual assault has on survivors. If our student body can contribute our effort and voices to spreading awareness for sexual violence, we can create a lasting legacy of social justice for all those affected, and hopefully decrease the occurrences of sexual assault on campus,” Aguilar said.

SVU will be having monthly meetings for advocacy against sexual assault that are open to all students. The organization also plans to have private small groups on a need-to-need basis.

“Our main focus is making sure that survivors know what resources they have—the counseling center, the care team, what exactly Title IX is, and how to report assault to legal authorities,” mentioned Wooton.

“Outside of meetings, we want to host ‘Bark Against Sexual Assault’ as our first event, which would be a chance for students to come to campus with or without their dogs and advocate against sexual assault in a safe and public way. It’s just a symbolic event, but above all else it’s something that shows survivors and all students that we’re here as an organization and we want to be loud against sexual assault,” explained Wooton.

After months of working to make SVU possible, Wooton is ready to be loud against sexual assault.

“It hasn’t been an easy journey forming this organization, but that just goes to show how necessary it is. If we want real change to occur, we have to be loud about it and we have to do our part. I want to clarify that SVU isn’t just for women, men are also victims of sexual assault and we want to support every survivor on campus,” said Wooton.

Those interested in joining SVU can contact Wooton at [email protected] to be placed in the organization’s GroupMe.

Wooton encouraged all students to join in SVU’s effort to support and uplift Southeastern’s survivors.

“I encourage everyone to join because it shows support and it shows that our campus will no longer allow sexual assault to be present. We won’t put up with it anymore, and we will support and uplift survivors no matter what.”