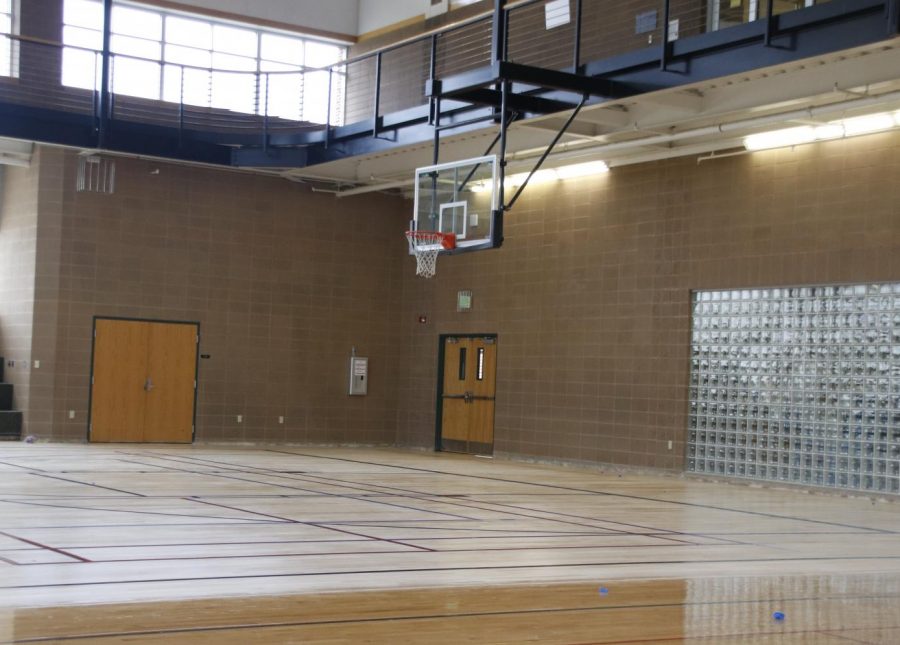 Over the next three years, the REC will replace the floors of the three other courts. Once completed, it will mark the first time since the REC’s opening that the courts were replaced.

Over the winter break, the REC began its first phase of renovations and repairs to the basketball courts.

Currently, the floor of court one is being replaced. Over the next three years, the REC will replace the floors of the three other courts. Once completed, it will mark the first time since the REC’s opening that the courts were replaced.

Seth Thomas, director of the REC, explained that the renovations were necessary after critical issues with the courts were noticed.

“The floor started buckling. Throughout the past twenty years, issues had arisen and caused the floor to buckle,” Thomas said.

Thomas elaborated on the specific issues that were causing the floor to distort.

“Underneath the courts are neoprene pads which are designed to help the courts expand and contract. Over time, those pads had begun to disintegrate which was one of the causes of the floor buckling,” he explained.

To solve this problem, metal railings will be installed underneath the wood between each of the four courts.

“These railings will help with that expansion and contraction. Before, it was just wood rubbing up to wood. When you have four courts that are that size, that is always a problem. Our hope is that putting the metal railing between each court will help with the expansion part of the wood,” Thomas said.

Thomas also noted that the courts will be stained with a water-based stain rather than the oil-based stain used previously. He explained the benefits of this new stain.

“It is a harder stain over the court, so it will hold up a lot longer. In years past, we have had to go through and restain the courts every year. With a water-based stain, we will only have to do that every two or three years. Budget-wise, that’s saving almost $14,000 a year. I don’t think you will be able to tell the difference playing on the court, but the look of it will be 100% better once we get all of the water-based stains,” he said.

The current renovations are progressing smoothly, according to Thomas.

All four basketball courts are expected to reopen on Feb. 20.