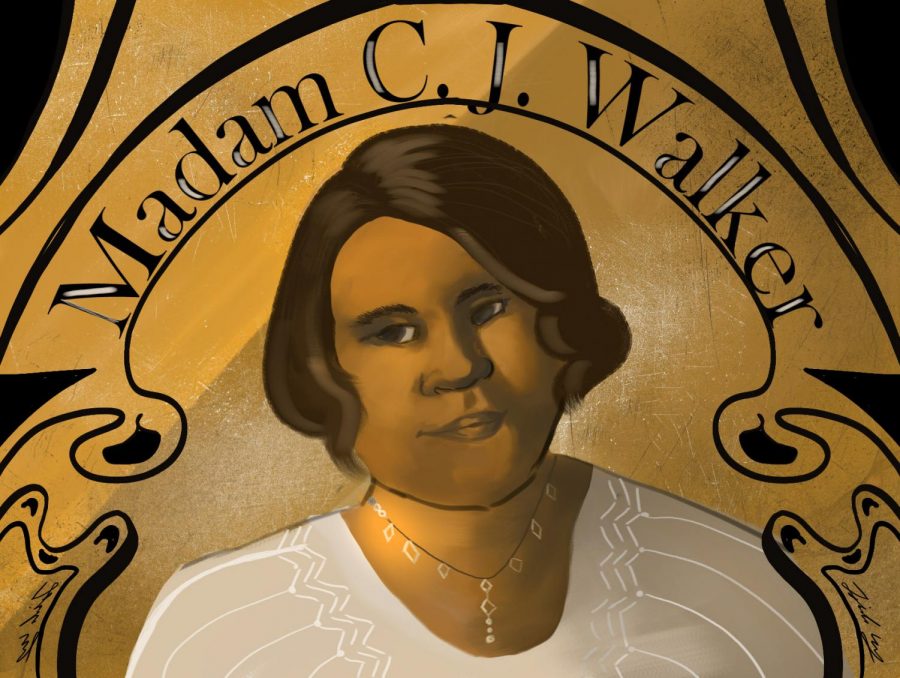 Louisiana-born Madam C.J. Walker made way as the first African American woman to become a self-made millionaire in the heart of a time when it did not seem possible.

Born on Dec. 23, 1867 from previously enslaved parents, Walker had to build herself up from scratch. She was the first child in her family to be born free.

Walker’s mother passed away in 1874 and her father in 1875 when she was only seven years old. As a result, Walker moved in with her sister and an abusive brother-in-law, from whom she later escaped by marrying at 14.

She then worked as a washerwoman in St. Louis, Mo. after becoming widowed, which allowed her to make enough money to send her daughter to school.

Walker experienced a series of hair loss and other scalp ailments, which led her to create a hair care routine that worked for her. Through developing her own system, she turned her hair care routine into a business to help people like her.

With shameless self-promoting, grit and determination, Walker grew her business. She employed 25,000 American women to go door to door and sell products like Walker’s Wonderful Hair Grower, Temple Salve and Glossine. The entrepreneur then started a beauty school and made many contributions to different philanthropic organizations.

Walker is thought of as courageous in that she relentlessly pursued what she believed would, and did, help millions of black women across America. Not only did she help women with her products, but she also provided jobs for thousands of women and inspired them to pursue their dreams, despite obstacles.

According to History.com, “She established clubs for her employees, encouraging them to give back to their communities and rewarding them with bonuses when they did. She donated generously to educational causes and Black charities, funding scholarships for women at Tuskegee Institute and donating to the NAACP, the Black YMCA and dozens of other organizations.”

Her legacy still inspires millions of women across the world. Walker’s story serves as a reminder that with perseverance and faith in yourself, anything is achievable.

She was the first female millionaire in the world, and without any professional experience, was able to market and brand herself.

Her great-great-granddaughter, A’Leila Bundles, believed she intentionally empowered women through her business.

In an interview with NBC, Bundles said, “In the process, it wasn’t just about building a business, it was about empowering women. And that legacy of empowering women, educating women, helping them to become economically independent is something that became a legend in the Black community.”