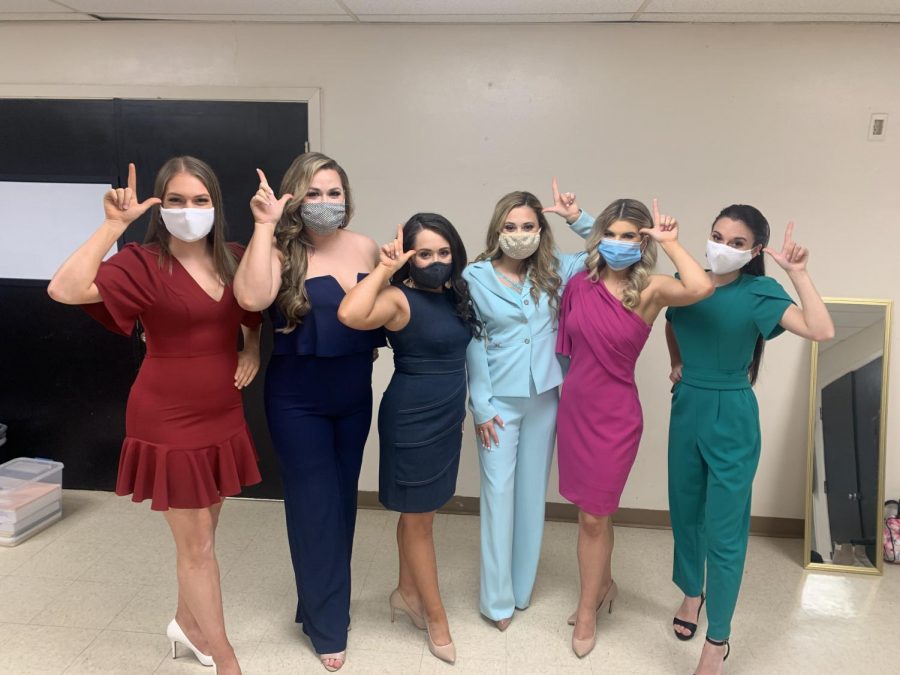 Over the weekend, six women from the university competed in the Miss Louisiana Sweeper Pageant in Ruston, with three of them earning titles.

Alyssa Larose, a graduate student and former Miss Southeastern, won Miss Lincoln Parish and spoke on how it felt to represent Southeastern again.

“Anyone who knows me, knows I am a Lion for life. The incredible representation of Southeastern at the sweeper pageant on Sunday made my heart so happy,” Larose said.

Larose shared why she chose to do a tap dance performance for the talent portion of the competition.

“I performed a tap dance and was really happy with my performances. I told the judges in my Interview that I tap because no matter if I am performing for a room full of 9 year olds or 90 year olds, I can put a smile on someone’s face because people love tap,” Larose said.

The 2018 Miss Southeastern elaborated on why this tap dance performance was so special to her for this pageant.

“My tap dance that I am competing with this year is particularly special for me because a former Miss Southeastern, Chelsey Blank, choreographed it,” Larose said.

Larose explained how the university will make history in June at the Miss Louisiana Pageant.

“The women who were crowned completed the Miss Louisiana Class of 2021 who will compete in June. This will be the first time in years that more than three women will be representing Southeastern at Miss Louisiana. That is definitely an accomplishment for the university,” Larose said.

Suzy Nations, sweeper pageant director, shared how Southeastern should be proud of the girls who competed.

“Southeastern should be extremely proud of all the girls that came to compete because they were a joy to have here in Ruston,” Nations said.

Along with Larose, Wooton and Magri, the university also had Gillian Hebert, a sophomore mathematics major, Hannah Tribou, a senior accounting major, and Kimberly McClendon, a senior business administration major, compete in the pageant

“I was so glad I went and supported my girls. I am proud that these young women gladly represented Southeastern to the best of their abilities. I was excited to support my top five and a veteran Miss Southeastern,” Gayle said.

Larose, Wooton and Magri will all have a chance to compete for Miss Louisiana in June in Monroe on June 17-19 in addition to Gayle and Miss Southeastern 2020 Janine Hatcher.