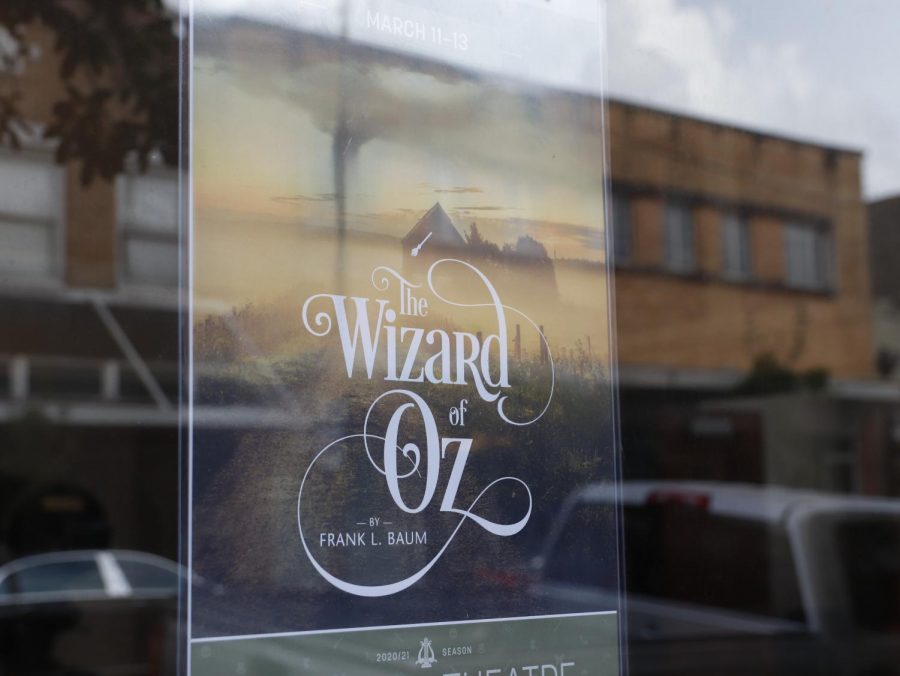 The Wizard of Oz is going to take on a contemporary twist at a local theatre this month.

Columbia Artistic Director Jim Winter is directing the show. According to Winter, this production of Oz will be nontraditional.

“It’s got its own look to it–it’s a lot more contemporary and original in the concept of the costumes and set design. It’s all the same characters you know and love, and it’s the same story, but how it looks is very, very unique,” Winter said.

Approximately 80 people auditioned for the show in November when the theatre held open auditions. The cast list consists of a variety of community members.

“There’s a nearly 50 year age range from youngest to oldest in the show – kids in the single digits and actors in their 50s, and all points in between. I think our youngest actor is eight, and our oldest in his early 50s–we’ve got high schoolers and college students – it’s really quite the mix,” Winter said.

With 40 cast members in the show, Winter said the fear of a COVID-19 surge among the actors has been looming throughout show prep.

“Doing that safely, making sure that everybody’s masked and distancing to the best of our ability – I know the looming shadow of COVID, if somebody in the company were to test positive, we suddenly would shut down the show, but we’ve been operating very safely and responsibly,” Winter said.

Experienced choreographers Chelsea Tallo Little and Olivia Graziano have been dancing together for nearly 15 years and teaching at Lemoine Dance Academy for more than 10. They decided to choreograph the show.

“This show is really special. It’s the first community show of its kind in Hammond, and we wanted to be part of something that gives back to the culture of our community,” Little said.

In addition to choreographers, Oz required a large team, including a fashion designer from Jackson, Miss. and volunteers from Paris Parker Salon.

“Our capacity is really limited so that we can distance people. We can only seat 75 people per show. Normally, we can seat 830, so you’re talking less than 10 percent of our capacity. We have nine total performances, but most of them are well on their way to being sold out,” Winter said.

Little is excited for what the extravagant show means for the city of Hammond.

“Come see the show. This is a going to be a top-of-the-line show with professional props, technology and an insanely talented cast. It really is history in the making for our small town,” Little said.