Gyms just are not that welcoming for women 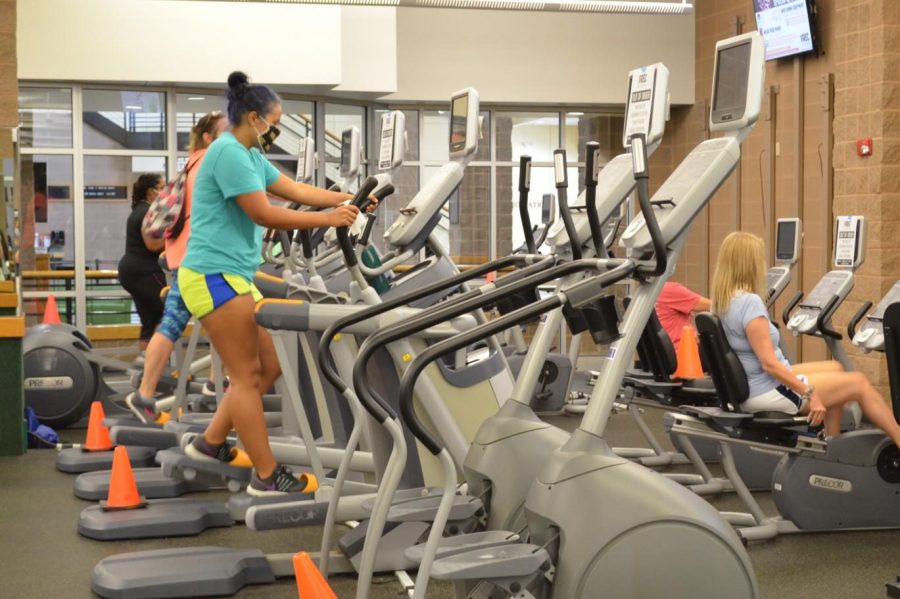 In the beginning of 2021, my biggest New Years resolution was to be more active by going to the gym daily. However, this quickly fell short when I realized what that entailed.

As someone who didn’t go to the gym regularly before, I was a little apprehensive in the first place to go. It can be intimidating to not know how any of the machines work, or have to at least try to figure it out in front of a room full of people.

It definitely doesn’t help when I notice eyes staring for a little too long, or someone attempting to initiate a conversation I have no interest in having.

There have been so many times where I have felt uncomfortable as a female and have had to leave mid-workout. It’s frustrating to me that some people don’t realize that my purpose of going to the gym is to improve my health, not flirt or find a potential boyfriend.

Although I have only experienced uncomfortableness, there have been many reported instances of women being sexually harassed at gyms. In an article written by Refinery 29, five women shared having negative experiences while working out.

A woman named Bliss testified, “He then started sizing me up and down and making sexual noises like ‘mmm’ until I hurriedly walked into the women’s changing room without a filled water bottle. Some men don’t make the gym a safe space.”

That’s why all female gyms should be more local and accessible for women.

In Louisiana alone, there are only a handful of female gyms- none in Hammond. With such a common recurring problem of harassment for women, you would think that there would be a solution by having more all-female gyms, but that’s just not the case.

Not only would more women feel less insecure when exercising by not having to worry so much about advances around them, but also feel supported too. I personally find it very encouraging to be surrounded by people with the same intention and understanding as I do.

However, many have argued that all-female gyms can be discriminatory towards the opposite sex.

I understand that no one wants to feel left out or be told that they aren’t allowed somewhere, but no one also wants to experience harassment- in any form. All female gyms do not take away the fact that there are still gyms open and available for everyone to use.

Society is becoming more aware of the problems that many women face daily as survivors come forth and share their stories each day. Having a safe and comfortable place for women to exercise would benefit victims of sexual assault/harassment and help prevent incidents from occurring.