Computer science: A field for any gender 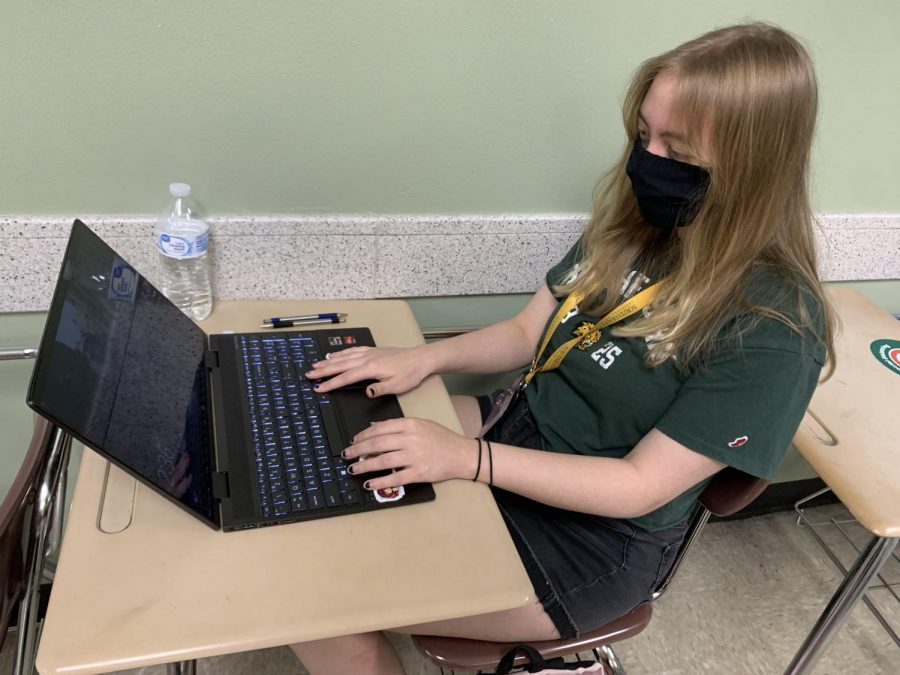 Zoe Klien, a freshman computer science major, is coding during class. According to computerscience.org, women have only accounted for 13.6 percent of bachelor’s degrees in computer science.

According to computerscience.org, women have only accounted for 13.6 percent of bachelor’s degrees in computer science. Researchers say that this percentage is due to the stigma behind women’s involvement in science departments, but women are working to break the stereotype.

Freshman Christina Hoover said she does not care that people think STEM is for males.

“I get men do it, but do I care? No. Nothing is stopping me from pursuing my interests. All science is seen as a man’s field, and I like science, so I follow my dreams no matter what,” she noted.

When discussing the misconception that computer science is a “man’s field,” freshman Zoe Klein explained she completely disagrees.

She commented, “I don’t think it’s true that computer science is only for men. I think anybody can do anything, and when I hear people say that, it just makes me more determined. Like, no, women can do this, too. It’s not based on gender. In fact, I think the women in computer science do better than the men.”

As a woman in computer science, Klein explained that she does not feel intimidated, but she said she understands how being the only woman in the class can be scary.

She shared, “It’s not ‘intimidating,’ but it’s definitely an eye-opener when you go into a classroom and there are five men, then it’s just you. I’m not intimidated because I know where I stand. To others, I think that it can very well be. At first, like when I came here, I was kind of worried that I was going to be the only girl in the class. I found out I wasn’t, so I was happy.”

Klein shared that she became interested in computer science after her mom’s boyfriend encouraged her to pursue a degree in the field.

“I’ve always been interested in technology. I like math. My mom’s boyfriend would try to get me interested in it, and I never did until college started and I was like, ‘You know, I really don’t like these other things. I think I would really enjoy this.’ But for some reason, I wasn’t going for it. I decided to go for it because I want to make video games,” she said.

Women in computer science have also become involved in organizations on campus.

Computing Machinery (ACM) President Lauren Pace shared details of her club and how it is different from the ACMW.