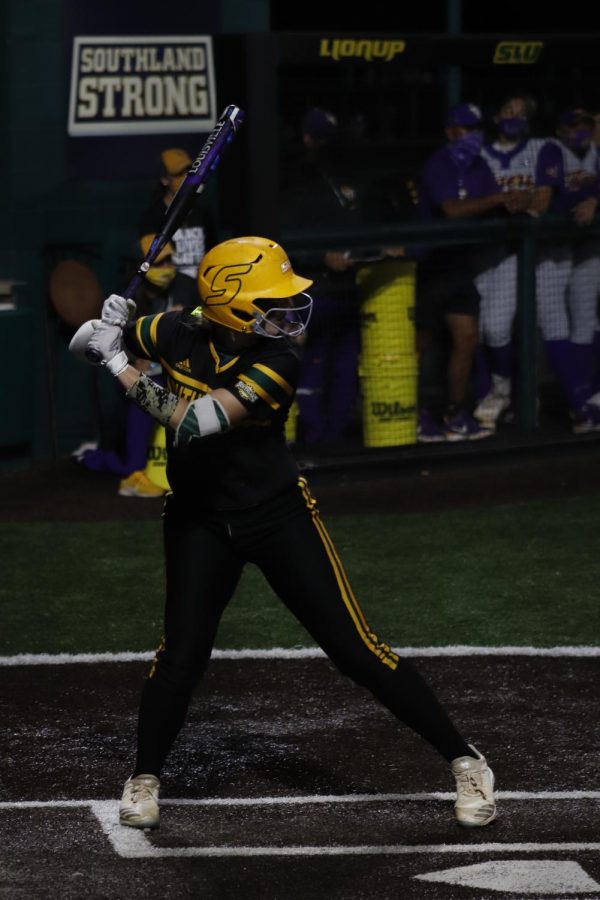 The seniors will be honored for their contributions to the program this weekend as the Lady Lions take on Texas A&M-Corpus Christi University in a three game home series.

On a cool and crisp April evening, Southeastern softball returned to action against the Warhawks of the University of Louisiana-Monroe.

North Oaks Park in Hammond was the site for the midweek non-conference clash. The teams battled through a scoreless first three innings. ULM then scratched across a single run in the top of the fourth via a leadoff walk.

The Lady Lions had a seven-run offensive explosion later in the bottom of the fifth inning. Cameron Goodman, freshman outfielder, led the Lady Lions with 3 hits on the night. Cameron Beal, senior infielder, followed suit with a two-run RBI single. The big inning was aided by 3 errors with the first one coming from a play at the plate.

The fifth inning proved too much to overcome for the Warhawks as they were slain by the Lions by a final score of 7-1.

“Anytime you can win at home it’s a great feeling. I was really excited about the seven-spot in the fifth inning. Our offense was electric tonight,” Fremin said.

Fremin explained how the team makes adjustments as the season goes on.

“Well, when we look at the second half of the season, we made quite a few adjustments defensively and throughout the lineup as well. It has paid off. Probably in our last 20 games the win-loss column has definitely been a plus on our side. I have been pleased with how we are starting to put a lot of things together,” Fremin said.

Starting pitcher Heather Zumo threw five complete innings while just surrendering 1 run on five hits, a walk and four strikeouts. She moves to 15-3 on the year with a 1.98 ERA.

“I believe all my pitches were working and I just knew my defense was behind me the whole time. I trusted in them and I trusted in the team to get quality at-bats and we executed in the game,” Zumo said.

The seniors will be honored for their contributions to the program this weekend as the Lady Lions take on Texas A&M-Corpus Christi University in a three-game home series.

Saturday features a doubleheader with Game 1 starting at 4 p.m. followed by Game 2 at 6 p.m. Sunday’s game concludes the three-game set with the first pitch slated for noon.