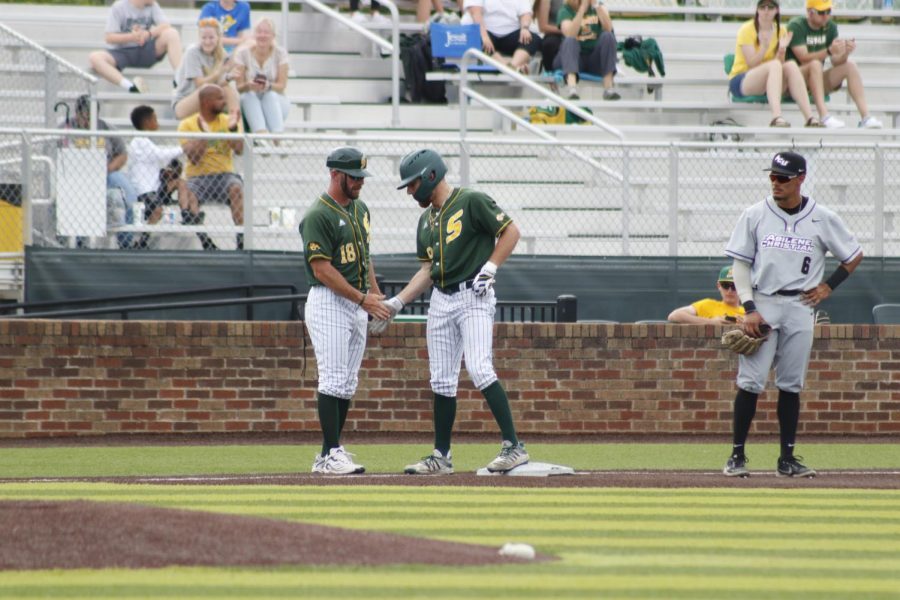 Freshman pitcher Brennan Stuprich threw a complete-game shutout for the Lions as Stuprich improved to 5-1 on the season with a 2.50 earned run average.

After sweeping Stephen F. Austin last weekend, the Southeastern baseball team lost three of four games to the University of New Orleans during the 2021 Pontchartrain Bowl. However, the Lions stole the last game of the series from the Privateers in a 7-0 shutout victory.

Freshman pitcher Brennan Stuprich threw a complete-game shutout for the Lions as Stuprich improved to 5-1 on the season with a 2.50 earned run average.

The Lions will try to regroup on Tuesday, May 4 against Southern Mississippi. At 25-15, the Lions hold a slim lead in the Southland Conference over the Privateers.

After beating Sam Houston State 3-0 in the Southland Conference Championship, the Lady Lions soccer squad will take on the 22 ranked Rutgers University on April 27 in Buies Creek, N.C. The matchup can be seen on ESPN3 at 6 p.m.

Tuesday will be the fourth time the Lady Lions make an appearance in the NCAA Tournament; they look to earn the program’s and Southland Conference’s first-ever NCAA Tournament victory.

If the Lady Lions knock off Rutgers University, they will take on Clemson University on April 30.

Southeastern wrapped up its first full beach volleyball season with an appearance in the Southland Conference Tournament.

The Lady Lions squared off against Stephen F. Austin University in the first round and fell 4-0 to the Lumberjacks. Following the loss, the Lady Lions dropped their next match against the University of Central Arkansas 3-2.

Southeastern softball had a break over the weekend as their home series against Texas A&M University-Corpus Christi was canceled due to COVID protocol from the Islanders.

Sitting at 25-16, Southeastern currently sits at second in the Southland Conference. Following the game against Southern, the Lady Lions will face the University of Central Arkansas at North Oak Park.

Davis is a unique grad transfer as the 6”4’ center joins the Lady Lions after playing four seasons for the Texas A&M women’s volleyball team. Davis last played women’s basketball in high school as she was named the Orlando Sentinel Girls Athlete of the Year.