What was the point, LeBron? 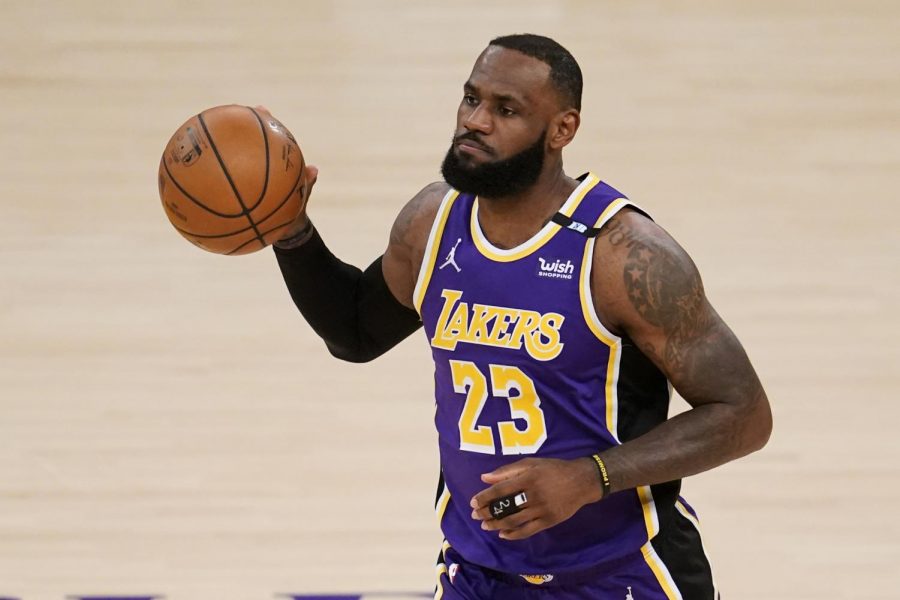 Los Angeles Lakers' LeBron James dribbles the ball during the first half of the team's NBA basketball game against the Sacramento Kings on Friday, April 30, 2021, in Los Angeles. (AP Photo/Marcio Jose Sanchez)

In this time in our country when everyone is divided in some way or reason, the most renowned athlete in American sports has caused an even greater divide.

LeBron James had previously tweeted “You’re next” with an hourglass emoji and a photo of the officer involved in the infamous Ma’Khia Bryant shooting. Social media quickly flocked to James’ tweet and raised much concern.

My concern lies in the message that James was trying to convey. Was he telling the officer that he’s next to die, or was he referring to a trial? I and so many others were confused about the message.

I have been a LeBron fan since I started watching the game of basketball at nine years old. I would watch his games, buy his jerseys and even claim that he was the “G.O.A.T.” over Michael Jordan. But with what has unfolded over the past few weeks, I hate to say I am no longer a fan of LeBron James.

Like any sports fan, I am proud of his accomplishments of four rings, four-time Most Valuable Player Award, 17 time NBA All-Star and the opening of his “I Promise School.” However, I am appalled by his latest Twitter debacle.

What happened in Columbus, Ohio was saddening as a 16-year-old girl did lose her life. The officer was called to the scene and upon arrival saw a knife in Bryant’s hand swinging at another. Social media quickly flocked to the situation as the police officer’s practices were brought into question, and more people began to protest due to the events in Columbus.

Regardless if you hate the cops, are a part of the “All Cops Are Bastards” movement or hold the belief that the police should be defunded, people should be respectful of Bryant and those grieving.

Regardless of what James’ intentions were behind the tweet, it was, in my view, uncalled for. The same man that is striving for unity is causing more division from his tweets. It causes confusion between fans and stokes the fires of dissolution.

Not only did the tweet cause discord and unrest from social media, but it also put James in a unique situation where the Los Angeles Police Department is calling for an investigation on his tweet.

More details will come out within the next few days on James’ status with the NBA and LAPD. I am one who believes in second chances and letting people learn from those mistakes, but I also am one who supports our justice system.

If the LAPD finds the NBA superstar guilty of any charges, then justice should be served, regardless of the person’s celebrity status. Until then, let this be a lesson to everyone to be mindful of what they post on social media. Freedom of speech does not mean freedom from consequences.